VS Battles Wiki
Register
Don't have an account?
Sign In
Advertisement
in: Characters, Male Characters, Marvel Cinematic Universe,
and 49 more 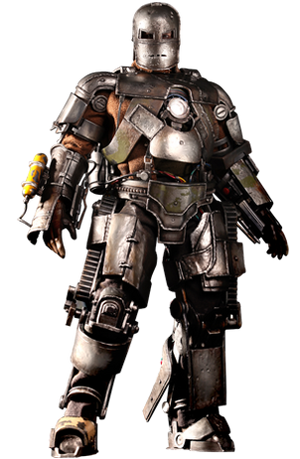 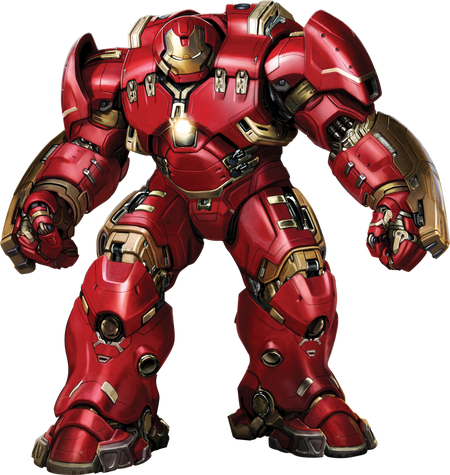 Anthony Edward "Tony" Stark is an eccentric self-described genius, billionaire, playboy and philanthropist, and the former head of Stark Industries. Using his own great wealth and exceptional technical knowledge, Stark enjoyed the playboy lifestyle for many years until he was kidnapped by the Ten Rings. With his life on the line, Stark created an armored suit which he used to escape his captors, returning home and becoming the armored superhero known as Iron Man, battling against terrorists as well as his own former business partner Obadiah Stane. Stark enjoyed the fame that came with his new secret identity and decided to share it with the world, publicly announcing himself as Iron Man.

With the world yet again being threatened, Stark joined the Avengers and helped defeat the Chitauri and Loki, and had indebted the rest of his life defending Earth against threats, both internal and external.

Both he and Captain America were responsible for tearing up the Avengers during the Civil War.

As a final bid to stop Thanos, Stark sacrificed himself and died as a hero.

Age: 53 years old at the time of his death

Weapon Mastery, Technology Manipulation (Can remotely access his armours, control satellites, analyse an opponents fighting style and hack into things remotely via J.A.R.V.I.S/F.R.I.D.A.Y), Information Analysis (Was able to analyze and counter Captain America's fighting style and Hacking via J.A.R.V.I.S, Flight, Energy Projection, Explosion Manipulation and Homing Attack via Missiles, Resistance to Cold and Electricity (Can resist the cold of space, and was unfazed by Whiplash's electrical whips)

Martial Arts, Statistics Amplification, Electricity Manipulation and Absorption (Armor can electrify the body of a person to paralyze them. Absorbed Thor's lightning), Sound Manipulation, Light Manipulation (Has sonic and flash weaponary to stun and blind opponents), Summoning (Can send sentries or Iron Man suits to aid him in battle. Can also summon the pieces of the Hulkbuster Armor), Self-Destruction, Underwater Breathing (Type 1)

All previous abilities, Limited Armor Regeneration (Low-Mid, as long as there are enough nanomachines), Weapon Creation and Transformation via Nanotechnology (Can create any melee weapon or energy weapon from his armor, as long as there are enough nanomachines), Magnetism Manipulation via Magnetic Clamps, Ice Manipulation via Coolant Blasters, Healing (Mid-Low) via Suture Spray, Self-Sustenance (Type 1, could survive the vacuum of space) Resistance to Fire (Tanked concussive fire redirected by Thanos)

Attack Potency: Street level (Trained with Happy Hogan and could slightly stagger him with his strikes. Regularly practiced martial arts up until Endgame) | Building level (Can generate 3 gigajoules per second) | Building level+ (Can generate 8 gigajoules per second. Bullrushed Iron Monger through several buildings. Destroyed a tank) | Large Building level (Can generate over 10 gigajoules per second), City Block level+ overtime (Powered up a helicarrier rotor), City level with lasers (Stated that his lasers equate to 200 Petawatts, which is roughly 47.8 Megatons of TNT) | City Block level (Can harm and trade blows with characters who harm himself. Destroyed a tank. Welded a ferry. Destroyed a silo blast door hinge), City Block level+ overtime, City level with lasers | City level (Capable of defeating The Hulk, though it should be noted that he only defeated him when he calmed down) | Large Mountain level+ (Drew a drop of blood from Thanos, and briefly held his own before being overpowered. Stopped Thanos snapping his fingers for a few seconds in order to steal the Infinity Stones)

Lifting Strength: Athletic Human (Can easily flip fully-grown adults with minimal problems. Dragged Mark XLII in the snow) | Unknown | Class 50 (Comparable to War Machine, who can lift tanks with ease. Lifted a tank. Effortlessly kicked a Rolls Royce Phantom, which weighs two and a half tons, dozens of meters away) | Class 100 normally (Comparable to Ultron), Class M with Flight (Able to push a helicarrier rotor of this mass) | Class 100 normally (Comparable to Captain America and the Winter Soldier), Class M with Flight (Pushed a ferry which resembles a Statin Island Ferry which weighs between 2500 - 3500 tons) | At least Class M (Matched the Hulk) | Class T (Stray pieces of his suit can prevent Thanos from clenching his fist in Infinity War and he could physically pull the latter's arm away later in Endgame)

Durability: Wall level (Survived his own missiles exploding in his face. Survived being hurled through protective glass by Loki. Has routinely survived being punched by several enhanced characters without problems. Survived being punched by the Hulk in Endgame) | Building level | Building level+ (Survived being hit by a tank shell, which caused him to free-fall and then crater the ground with this much energy, and he was mostly unharmed save for the black soot on his face. Withstood this explosion. Withstood being bombarded by Jericho missiles) | Large Building level | City Block level (Survived a portion of Sokovia's explosion) | City Level (Survived hits from The Hulk) | Large Mountain level+ (Withstood multiple blows from Thanos. Endured a hit from Mjölnir), higher with Shields (Blocked a Power Stone Energy Blast from Thanos)

Stamina: Varies depending on the version of his suit

Intelligence: Extraordinary Genius (Created all of the Iron Man suits, as well as numerous other technology. Was able to stabilize time-travel)

Weaknesses: Without his armor, he is just a normal human. While suffering from palladium poisoning, he suffered from an episode of recklessness. Suffered from a period of insomnia and several episodes of PTSD during the events of Iron Man 3. Weaker armors can't handle extreme conduction | The more damage the Mark 50 armor takes, the fewer nanomachines that can be used to regenerate it or make weapons. Fell into a state of depression after returning to Earth

Funtime Foxy (Five Nights At Freddy's) Funtime Foxy's Profile (Iron Man had no armor and had three days of preparation, and speed was equalized)

Superman (DC Extended Universe) Superman's profile (Both were High 7-A. Speed was equalized)

Garou (One-Punch Man) Garou's Profile (Both were High 7-A, speed was equalized, starting distance was 5 meters and the battle took place in New York)

Master Chief (Halo) Master Chief's Profile (Speed was equalised, Stark was in his Mk 4 armour, Chief had his Generation 1 Mjolnir armour plus his standard equipment, and Chief's power ups were one use)

Monkey D. Luffy (One Piece) Luffy's profile (Dressrosa Arc Luffy while in Gear 4 and Mark 85 Iron Man were used, both were 50 meters apart and speed was equalized)

Akuma (Street Fighter) Akuma's Profile (Both were High 7-A, Speed was equalized and starting distance was 20 meters)