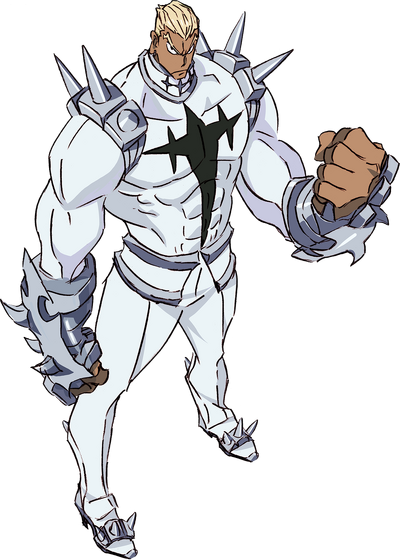 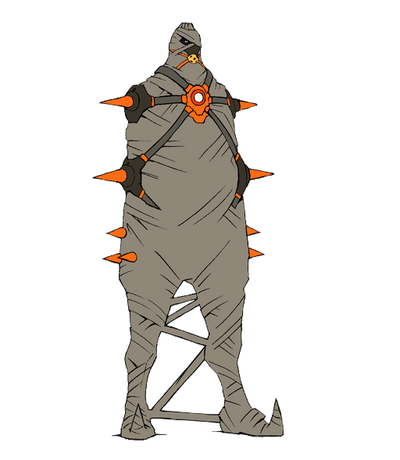 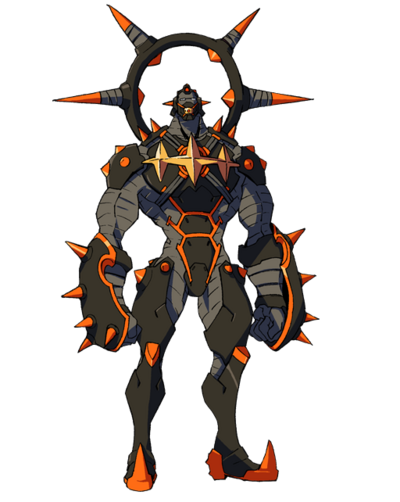 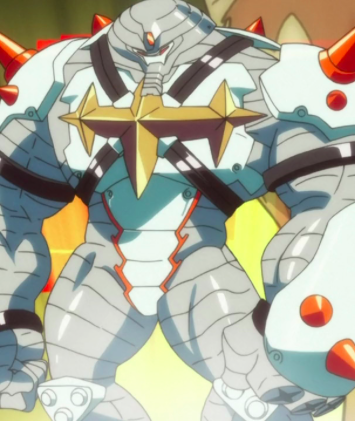 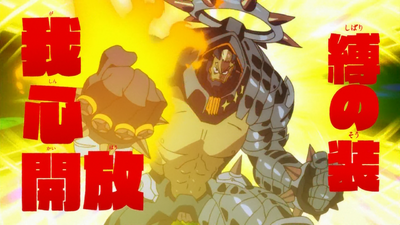 Ira Gamagōri (蟇郡 苛 Gamagōri Ira) is a supporting protagonist and main character in Kill la Kill. He is easily among the most dedicated of the student council. As he is willing to sacrifice himself and others to make sure that the rules are followed at any cost. Gamagori is feared throughout the academy for his immense strength and unnaturally large size, which he uses to keep the students in line.

Attack Potency: Large Town level (Was able to overpower synchronized Ryūko Matoi, his 3-Star uniform is more powerful than Mako Mankanshoku's 2-Star uniform) | Mountain level (Is physically one of, if not the strongest Elite Four member. Can stalemate people able to harm him.) | Country level (Easily one-shot several Combat COVERs at once. Fought multiple clones of Nui Harime simultaneously. Comparable to Uzu. Able to hold off a serious base Ragyō Kiryūin alongside the other three Elite Four.)

Lifting Strength: Class M | Class M | At least Class M (Ripped a large hole in the High-Velocity Life Fiber Jammer, which was undamaged by the combined force of Jakuzure, Sanageyama, and Inumuta. Physically overpowered a Combat COVERs with ease)

Striking Strength: Large Town Class (Can impact the ground hard enough to create a large crater and launch a Shackle Regalia I clone into the air) | Mountain Class (Was able to temporarily restrain Nui Harime with his whip) | Country Class (Was able to easily destroy several COVERs with a single punch)

Durability: Large Town level (Can withstand striking himself with his own whips to activate the Scourge Regalia. Took hits from Synchronized Ryuko) | Mountain level (Tanked the destruction of Honnōji from very close range) | Country level (Able to block base Ragyo's attacks with his Bakuzan armor)