Inuyashiki is a Japanese science fiction manga series written and illustrated by Hiroya Oku. The plot tells the story of Ichiro Inuyashiki, a middle-aged friendless man with an uncaring family. One fateful evening, he is struck by a mysterious explosion in a public park which is of extraterrestrial origin, and his body is replaced by an incredibly powerful but still outwardly human mechanical body. He quickly realizes the extent of his body's powers. After saving a homeless man being beaten by a pack of teenagers, he decides to dedicate himself to doing good using his powers to heal those with incurable diseases and fight crime.

However, There's a teenager who was with him at the time of the explosion. His name is Hiro Shishigami. Even he had the same fate as Ichiro. But unlike him, Hiro becomes a psychopath who goes about using his newfound abilities to murder people. Start from classmates that annoy him to innocent families. Including young children and infants, just for amusement. His acts of merciless cruelty bring him the attention of the police, who can do nothing to stop him. Even as it does not take long for Hiro to become the most wanted and dangerous criminal in the country. The series then keep following these two different individuals who once shared the same, bizarre experience, as their paths are destined to clash, and in the end, their ultimate fates.

The verse has only one primary protagonist and one primary antagonist. Both of them were human who was changed to android by alien's technology. With their new body, they have a mild degree of super strength and impervious to any kind of external damage done by piercing, slashing or explosions, even by his own alien weapons. Their sight and hearing are at superhuman level which is capable to see effortlessly at a distance of 10Km and hear cries for help at vast distances. They also have several powerful weapon systems, such as arm cannon which is able to vaporize a huge pile of pressed metal and many mini laser guns around his body. 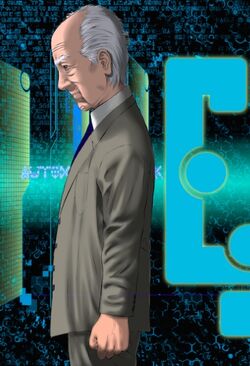 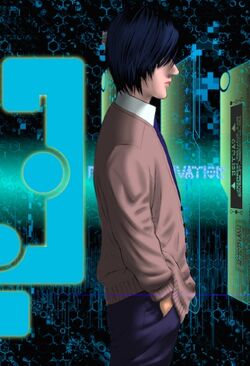