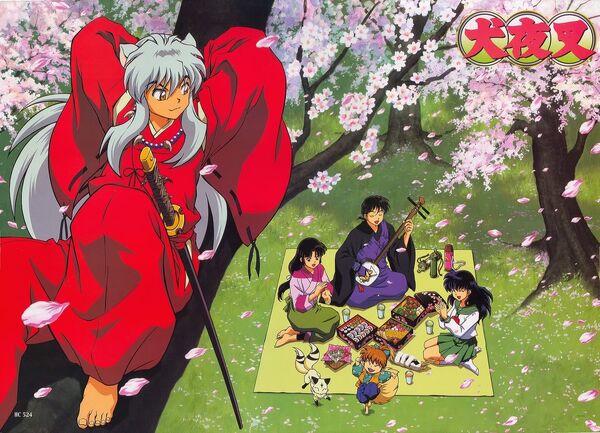 For more information on the series, please visit the InuYasha Wiki.

The story of InuYasha begins in Tokyo on the fifteenth birthday of Kagome Higurashi, a girl who lives on the grounds of her family's hereditary Shinto shrine with her mother, grandfather and little brother. When she goes into the well house to retrieve her cat, a centipede demon bursts out of the enshrined Bone Eater's Well and drags the girl into it. Instead of hitting the bottom of the well, Kagome ends up 500 years in the past (1497) during Japan's Sengoku period. The centipede demon is revealed to have been after a magical jewel known as the Shikon Jewel (四魂の玉 Shikon no Tama, lit. "The Jewel of Four Souls") before being slain by a priestess named Kikyo. Revived by the Shikon Jewel's power in the present time and mistaking her for Kikyo, the demon attempts to kill Kagome to gain the jewel. Kagome finds a young man pinned by a sacred arrow on a tree and, in a moment of desperation, frees him to defeat the centipede demon after she removed the Shikon Jewel from Kagome's body.

The youth is revealed by the nearby villagers to be Inuyasha, a half-dog demon who was sealed by a dying Kikyo fifty years ago after being apparently betrayed by her and attempting to take the Shikon Jewel (which grants any wish the bearer desires) in order to become a full demon. Furthermore, revealed to be the priestess reincarnated, Kagome unknowingly thwarted Kikyo's death wish to take the Shikon Jewel away for would be thieves back before it was accidentally shattered into numerous shards that disperse across ancient Japan and fall into the hands of those who gain the individual shards' power. After Inuyasha gains his father's sword Tetsusaiga and is subdued by a magical necklace to keep him in line, he aids Kagome in collecting the shards and dealing with the threats they cause.

Throughout their adventure then, they come across new friends who joins them on their quest.

Inuyasha is a somewhat strong verse. The verse boasts of insanely strong human warriors capable of destroying buildings with ease while the most powerful spiritual and demonic entities boast of Small City level to Mountain level destructive power.

The verse has a decent collection of hax abilities including some rather powerful BFR, purifying spells which can affect spirits & souls directly, some impressive mind and soul manipulation, godly regeneration capabilities, energy blasts which break one down on a cellular level while completely negating such regeneration, and a lot more.

In terms of speed, most high and top tiers boast of Superhuman to Faster than the Eye movement speeds with Supersonic+ to potentially Hypersonic+ combat speeds & reactions. 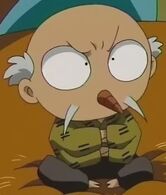 Myōga
Add a photo to this gallery