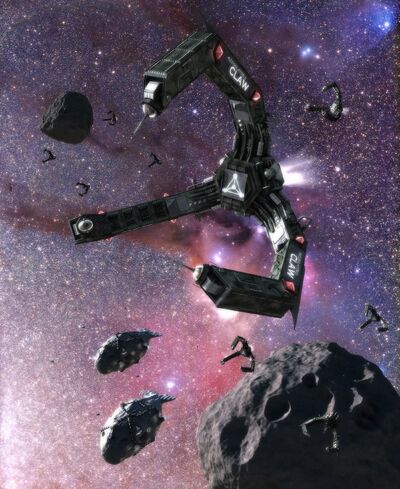 The Interim Coalition of Governance are the humans in Stephen Baxter’s Xeelee Sequence novel Exultant. The human-supremacist Interim Coalition of Governance has conquered almost the whole Milky Way — all but the alien Xeelee concentrated at the galactic core around a supermassive black hole called Chandra. The mysterious Xeelee are far more advanced but less numerous than the humans, and the war has been at a stalemate for three millennia even though the entire Coalition has been directed toward the war effort and ten billion humans die at the front every year.

Credit to the Spacebattles Factions Database

Name: The Interim Coalition of Governance

Population: Likely in the hundreds of trillions to quadrillions, 10 billion soldiers died per year against the Xeelee

Speed: Light Speed for most weapons (Monopoles and Starbreakers propagate at the speed of light) | MFTL+ through faster than light methods

Military Prowess: The Coalition is fully militarized, with every facet of it being cultivated and curated for war. Their war with the Xeelee has lasted millennia and has led to the deaths of 30 trillion, with no end in sight.

Weaknesses: The Interim Coalition is extremely corrupt, inflexible, and intolerant to proper change in anything but war, and even in the matter of war it must "follow the doctrine." This leads them to committing bafflingly incompetent and self-destructive tactics for no discernible reason

Retrieved from "https://vsbattles.fandom.com/wiki/Interim_Coalition_of_Governance?oldid=5374828"
Community content is available under CC-BY-SA unless otherwise noted.