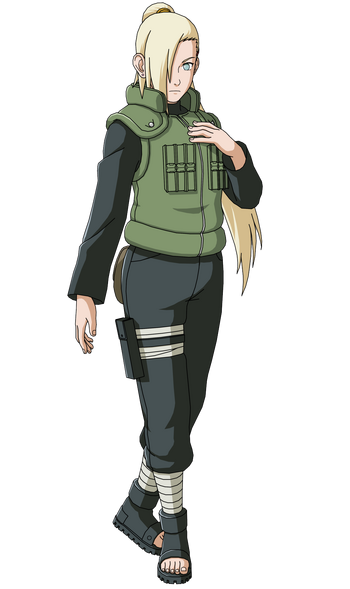 Ino Yamanaka (山中いの, Yamanaka Ino) is a kunoichi of Konohagakure's Yamanaka clan. She and her fellow members of Team Asuma are their generation's Ino–Shika–Chō Trio. She later marries Sai and together they have a son called Inojin.

Stamina: Very high (Did not get significantly tired throughout the great ninja war)

Intelligence: Ino has displayed some cunning and deceptiveness in battle, fooling her opponents into dropping their guard.

Weaknesses: If she misses her Mind-Body Switch technique, she won't be able to return to her body for some time making her vulnerable.