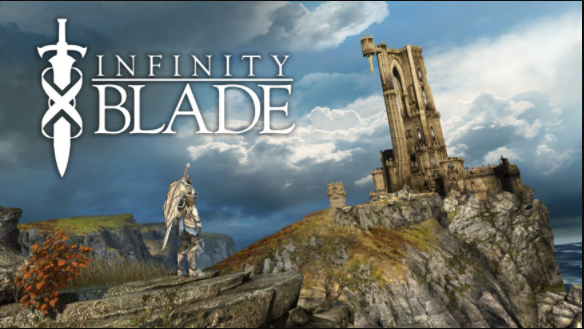 Infinity Blade is an action role-playing game for the IoS, developed by Chair Entertainment and Epic Games. It follows the story of Siris and later his companion Isa in their quest against the immortal Deathless.

Overall, the verse is not that strong. Its AP caps at Large Building Level, and its speed only reaches subsonic. However, the verse does have several good abilities such as regeneration and several types of Immortality for the Deathless and Soul Manipulation for several weapons such as the titular Infinity Blade and its replicas, the Infinity Weapons, as well as having examples of sci-fi tech granting various forms of elemental manipulation.

Quantum Identity Pattern: The Quantum Identity Patter (QIP) is the Infinity Blade verse's equivalent to a soul. It is described as a network of quantum entanglement and superposition that allows Deathless to keep their personality, memory and habits even as their cells die. TEL describes QIP as "similar to, but completely separate from, a person's physical DNA." When a Deathless's body experiences death, their QIP immediately transfers to either a predetermined new body, or the nearest suitable host body.

Retrieved from "https://vsbattles.fandom.com/wiki/Infinity_Blade?oldid=2219478"
Community content is available under CC-BY-SA unless otherwise noted.