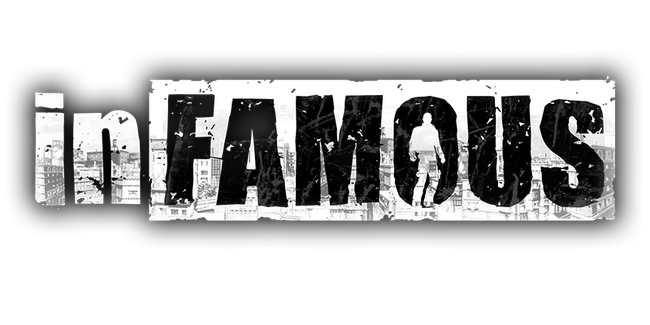 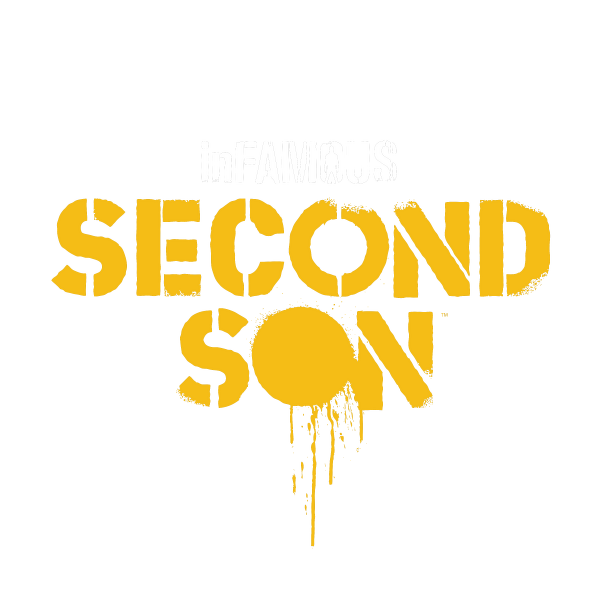 inFAMOUS is an open world adventure series created by Sucker Punch Productions for the Playstation. The story revolves around a man named Cole MacGrath, a college dropout who works as a bike courier, delivering packages to people around the city. One day, he was delivering a package of an item called a Ray Sphere, which exploded, destroying multiple city blocks and killing hundreds of innocent lives...except for his own. After surviving the blast, he was granted powers of electricity. It is now his job to discover who gave him the package and why. After discovering the truth of why he was given the package, he must prepare for the arrival of The Beast. An evil being of pure power responsible for the destruction of the planet in the near future. Canonically, Cole succeeds in doing do, sacrificing himself to save Humanity in the process. Later, the series stars a new protagonist, Delsin Rowe. However, there have been rumors and hints in the games themselves such as a work in progress title called "INF: REVENANT", as well as recent tweets from Cole's voice actor that suggest Cole is still alive and may appear in future games. The main point of this series is the choice to either use your powers for good or evil. The story changes depending on which karmic route you follow, whether you will save Humanity, or witness the destruction of the world. Your actions will change the way people look at you. Good Karma - On this pathway, Cole starts off as a reluctant do-gooder, helping civilians and fighting crime mainly due to his basic conscience and because it will help him get out of the city quicker. But as the story progresses, Cole starts to naturally care about the well being of others. Often helping them without thanks or reward, and despite the fact that they still blame him for The Blast. Eventually, he declares himself the protector of Empire City, finally realizing that the needs of others are more important than what he wants. In inFAMOUS 2 he continues to be a selfless hero and will help others and make choices that benefit others at the expense of himself without thinking twice. At the end of his journey, he is faced with the choice of using the RFI to cure the Plague and save Humanity, or preserve Conduit-kind by siding with The Beast. Initially, he contemplates siding with The Beast, due to not knowing for sure if the RFI will definitely cure the Plague, and that his way may be the only way anyone lives. Eventually though, he makes the right choice by using the RFI, killing The Beast and 2,700 Conduits worldwide, while wiping out the Plague from the face of the Earth and saving billions of human lives. It is assumed that Cole is dead, however, as his best friend Zeke takes his body out to sea, his coffin is struck by a lightning bolt in the shape of a question mark. Evil Karma - On this pathway, Cole uses his powers purely for his own benefit, causing mass mayhem and destruction with little regard for anything else. This Karma branches off into two timelines

The power of this verse is diverse and extremely formidable. Common Conduits are City level, with even the weakest capable of surviving the Ray Sphere Blast, which is capable of completely vaporizing six city blocks, as well as laying waste to cities on accident after having their powers awakened, and higher tiers growing their powers significantly beyond that point. They also share unique abilities or traits. There are numerous powers such as Teleportation, Telekinesis, Mind Control on a scale of 10.5 Million people, Power Absorption, Time Manipulation (Including Time Travel and Time Stop), and Matter Manipulation. Conduits also grow stronger with time as even unactivated conduits could survive incidents that should've killed them. Even Fodder enemies and the weakest characters are Wall level due to creating craters and shockwaves just by jumping and landing, and easily surviving falls off bridges and point-blank explosions. The verse is also extremely fast, with grunts and fodder being Supersonic+ due to easily dodging bullets. The low-tier Conduits are even faster, capable of reacting to, dodging, and moving faster than lightning at Massively Hypersonic+ speeds. Top tier Conduits approach the speed of light and beyond, capable of dodging lasers and radiation beams at Relativistic+ speeds, and even going at FTL speeds, as well as being able to easily react to, fight, and control their movements while moving at speeds faster than light. The most powerful character in the game however is "The Beast", a Conduit which has the power to destroy planetary bodies such as the moon and create armies of Conduits. He possesses the ability to share, unlock and even nullify the powers of other Conduits and possess other assortments of abilities. Another feat for the Beast is the capability to regenerate from macro-quantum particles. He also possesses the abilities of Macro Quantum Matter Manipulation, Teleportation, Gravity Manipulation, and many more. Other notable top tier conduits are Cole MacGrath and Delsin Rowe. Both are quickly becoming stronger and stronger as the main characters of the game. The former managed to absorb numerous Blast Cores and unlocked a sub-power that allowed them to go toe-to-toe with the Beast and could've absorbed his power. The latter on the other hand could copy any ability of another conduit and is steadily growing with each Core Relay he absorbs.

Main Canon: InFAMOUS Post-Blast Mini Series (Prequel to the first game, telling of how Cole became accustomed to his powers) -> InFAMOUS 1 (Good Karma - Cole realizes his role as a Hero, becomes Empire City's protector, and prepares for his fight against The Beast) -> InFAMOUS DC Comics Series (Cole takes on the rogue military forces behind the Empire City Quarantine, as well as the First Sons' final experiment, and frees the city from quarantine) -> InFAMOUS 2 (Good Karma - Cole accepts his destiny as the world's savior and sacrifices himself to kill The Beast) -> InFAMOUS First Light (Abigail Walker's origin story. Prequel to Second Son) -> InFAMOUS Second Son (Good Karma - Delsin Rowe arrests Augustine, frees Seattle from occupation, and saves his tribe from certain death. Travels to Curdun Cay to free all Conduits and establish an age of co-existence with Humanity) Possible Continuation: Celia Pendergast takes over the D.U.P. and vows to finish what Augustine started | Cole's possible resurrection | The final fate of the First Sons and MIA Conduits such as Sasha | The world's continuing oppression against Conduits despite the D.U.P.'s downfall | Rumors of foreign countries drafting and experimenting on Conduits | The fates of alternate timelines Secondary Canon: InFAMOUS: Festival of Blood (This has been seen as semi-canon, as the events of this chapter are implied to have actually happened, but not in the way Zeke described) Alternate Timelines (Non-Canon): InFAMOUS 1 (Evil Karma - Cole rules Empire City and abandons the mission to defeat The Beast. This is the "True-Villain" timeline) | InFAMOUS 2 (Evil Karma - Cole chooses to side with The Beast, believing that his method is the only way to save the world. This is the "Anti-Hero" timeline) | InFAMOUS: Festival of Blood (Cole fails to stop Bloody Mary and becomes her slave) | InFAMOUS Second Son (Evil Karma - Delsin kills Augustine, takes over Seattle, and kills his tribe out of anger. Travels to Curdun Cay to steal the powers of all Conduits and rule the world) 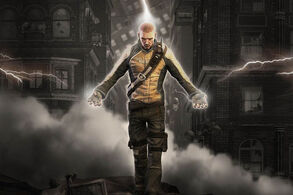 Abigail Walker
Add a photo to this gallery 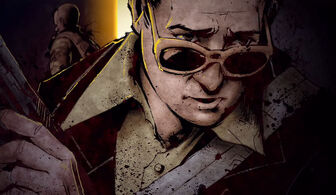 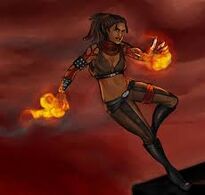 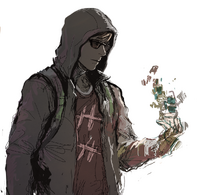 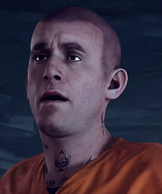 Henry Daughtry
Add a photo to this gallery 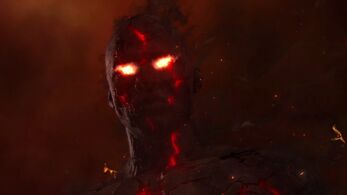 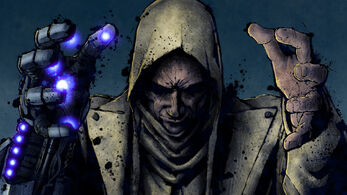 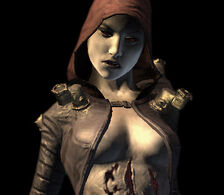 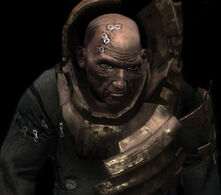 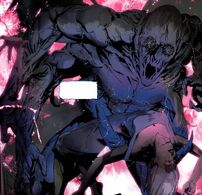 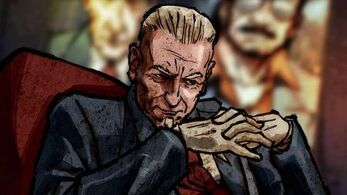 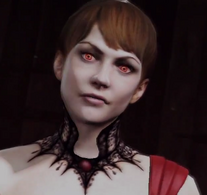 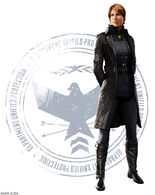 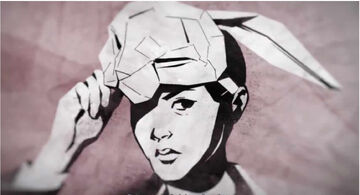 Celia Penderghast
Add a photo to this gallery 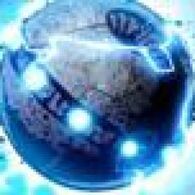 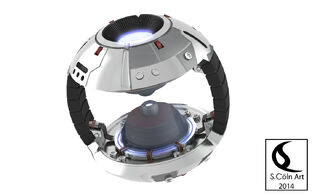 Ray Field Inhibitor
Add a photo to this gallery

Retrieved from "https://vsbattles.fandom.com/wiki/InFAMOUS?oldid=6995547"
Community content is available under CC-BY-SA unless otherwise noted.