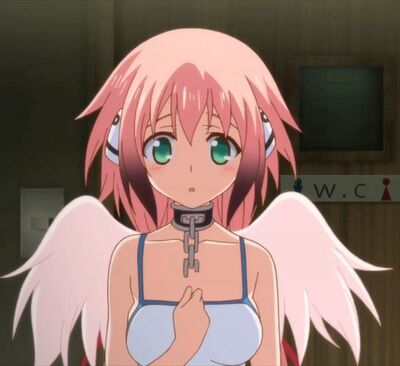 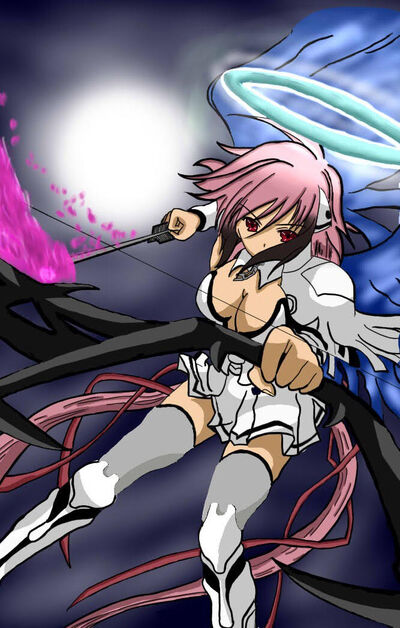 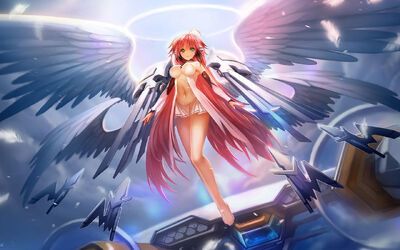 Ikaros is the deuteragonist in the Sora no Otoshimono series. She becomes bonded to Tomoki at the beginning of the story doing a "contract" with him called Imprinting.

Age: At least billions of years old (Existed since the creation of The Rule which takes one billion years to grant a wish)

Attack Potency: Country level (Able to destroy Japan with a single arrow) likely Higher (Almost completely destroyed Synapse, which is a continent of floating islands. There were at least 50 islands left after Ikaros attacked it) | At Least Multi-Continent level likely Planet level (Stomped a Melan army without any effort. Immensely stronger than her previous form. Able to match Artemis with Chaos)

Speed: At least Massively Hypersonic+ (Somewhat comparable to Chaos. Faster than the Harpy, who blitzed Nymph) | FTL (Her speed was stated to be 372% higher than her previous form. Blitzed a Melan with her eyes closed. She is also faster than Pandaora 1 Astraea, who flies on Photons and can increase her speed even more by charging. Reacted to upgraded Artemis faster than hers which reach across the planet in seconds.)

Durability: At least Country level (Took a beating from Ikaros Melan and despite being pretty injured she was still alive and kicking), her shield can take country busting explosions | At least Multi-Continent level likely Planet level (Withstood several attacks from the Melans without trouble, superior to her previous form. Stated to block all of Chaos' final attack but wouldn't make it in time.)

Stamina: Extremely High. Ikaros can operate for 720 hours without the need to breathe, her variable wings core is Synapse's strongest power system according to Chaos, which places it above Nymph's power system. Angeloids do not have the ability to sleep.

Range: Planetary with Artemis and Radar (Attacked Astraea from the other side of the planet)

Intelligence: Very High. Ikaros usually analyzes her opponent, and tends to fight from a distance to take advantage of her range. Doesn't underestimate her opponents, loaded with high processing power.

Weaknesses: Pacifist. She can be emotionally hurt with relative ease.

Pandora Mode
Add a photo to this gallery

Retrieved from "https://vsbattles.fandom.com/wiki/Ikaros?oldid=6939147"
Community content is available under CC-BY-SA unless otherwise noted.