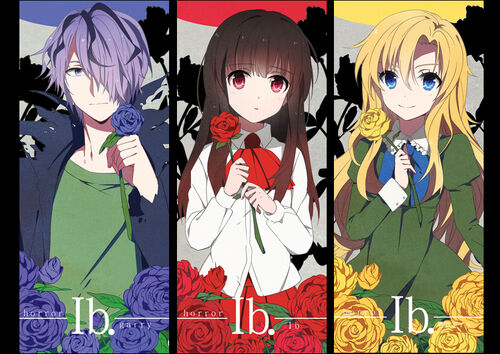 For detailed information about this series, visit the Ib Wiki.

Ib is a RPG Maker-made horror game, based on various artworks. The game follows its namesake, in form of a young girl, into a mysterious world where paintings are animated.

Though generally on lower tiers, the verses possesses far more powerful Reality Warpers, who can warp the entire Gallery and even affect the real world, such as Mary, Weiss or even The Gallery itself.