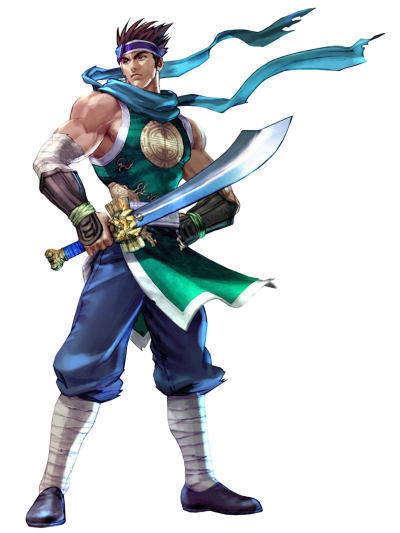 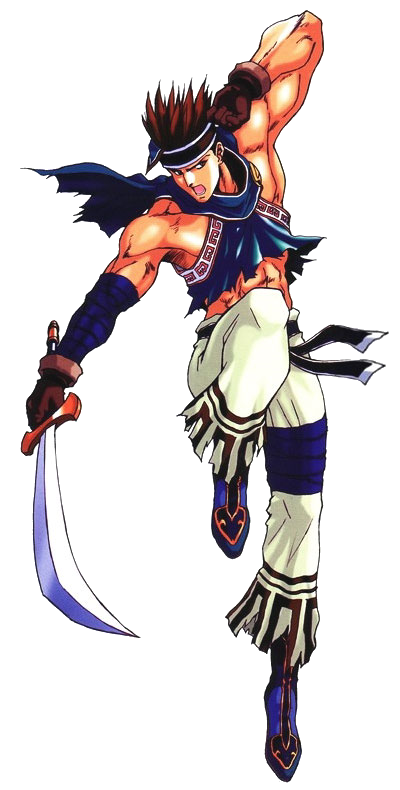 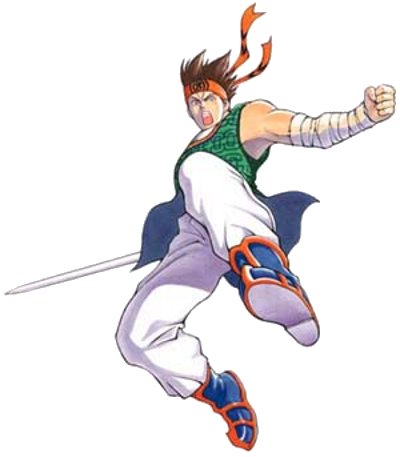 Hwang Seong-gyeong is a Korean warrior from the Soul series. Hwang was raised in a poor household by his parents who had a strong sense of justice. However, this in fact led to his parent's deaths, leaving Hwang an orphan. Despite this, Hwang never lost his sense of justice and would continue to live on in their footsteps. He was trained by the Korean swordsman Seong Han-myeong after enrolling himself in Seong Dojang school. He is close friends with Seong Mi-na.

Powers and Abilities: Superhuman Physical Characteristics, Sword Mastery, Martial Arts, Statistics Amplification (All statistics a buffed once he gets very injured) with Qing Long, Passive Attack Amplification with Po Shan, Limited Durability Negation with Lei Yan, Regeneration (Low) with Falchion, Limited Invisibility with Phantom (Phantom is a sword that is completely invisible to both the wielder and the opponent), Heals himself each time he attacks and his Attack Potency passively and continuously rises with Bonebreaker Sword.

Attack Potency: At most City level (Comparable to Seong Mi-na)

Speed: Superhuman with Supersonic+ reactions (Comparable to other characters)

Intelligence: Hwang is a highly skilled warrior with multiple years worth of training and combat.

Note: Many of Hwang's abilities come from the various weapons he can equip. As such in battles the creator should specify what weapon Hwang is allowed to use.

Retrieved from "https://vsbattles.fandom.com/wiki/Hwang?oldid=4113099"
Community content is available under CC-BY-SA unless otherwise noted.