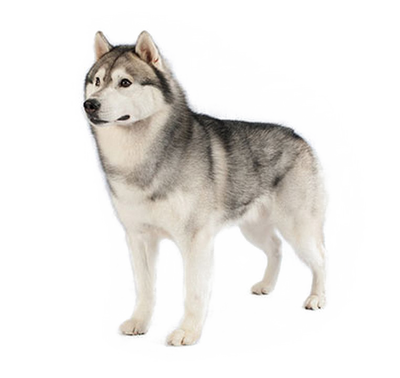 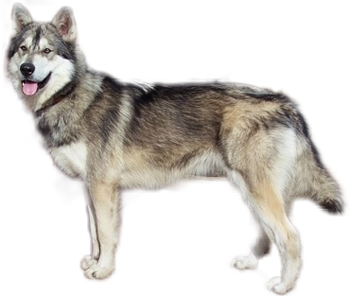 The Siberian Husky is a breed of dog from, unsurprisingly, Siberia, bred for both working for humans and acting as a companion to them.

The most famous husky is likely Balto, a sled dog who led his team to carry the diphtheria antitoxin from Nenana to Nome in order to combat a diphtheria outbreak.

Powers and Abilities: Superhuman Physical Characteristics, Natural Weaponry (Teeth and claws), Resistance to Extreme Temperatures (Huskies are known for their thick, double coated fur, and were bred to survive in cold climates), Escape Mastery (Known to dig under and chew through fences) and Enhanced Senses (Dogs have much better eyesight than humans, and can hear sounds at a different frequency. Their sense of smell is extraordinary, to the point where they can literally smell diseases) | All previous abilities amplified slightly

Lifting Strength: At least Athletic Human (Huskies are sled dogs, and can pull large amounts of weight that humans are incapable of pulling) | Likely Superhuman (Should be comparable, if not superior to wolves)

Stamina: Superhuman (Huskies aren't too fast compared to other dogs, but they compensate for it with their great endurance. They are bred to haul large amounts of weight for extended periods of time, and this shows in their stamina, as they can run nonstop for hours, covering a total of 150 miles in one day) | Superhuman

Intelligence: Very high for an animal. Huskies are capable of escaping yards by digging under fences, learning commands, and telling whether or not their owner is endangered.

Weaknesses: Domesticated huskies are reliant on humans | None notable (The wolf's innate fear of humans and the husky's reliance on them are cancelled out by each other)

Retrieved from "https://vsbattles.fandom.com/wiki/Husky?oldid=6414683"
Community content is available under CC-BY-SA unless otherwise noted.