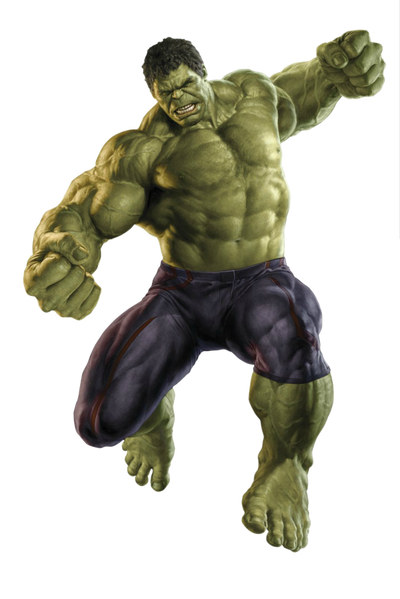 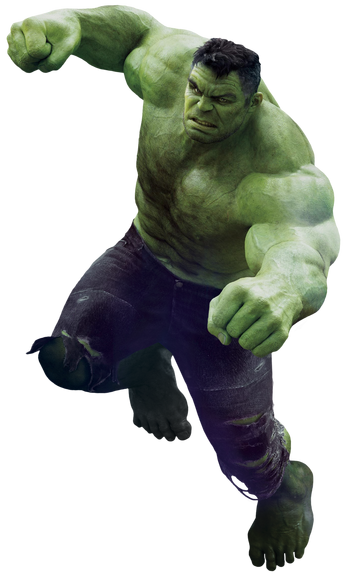 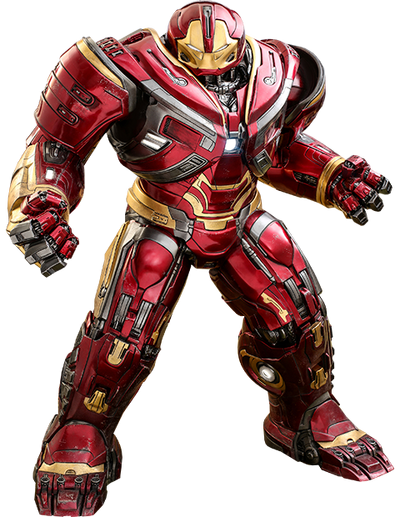 The Hulk is the alter-ego of Dr. Robert Bruce Banner, a renowned scientist in the fields of Biochemistry, Nuclear Physics, and Gamma Radiation. He is one of the scientists who tried to recreate the Super Soldier Serum which originated Captain America in World War II, but when an exposure to high levels of Gamma Radiation instead of Vita Radiation went awry, the mild-mannered scientist found himself plagued with a peculiar condition; when angered or provoked, he would transform into the rage-fueled and nearly mindless green-skinned monster known as the Hulk.

Shortly after the Decimation, Banner merged himself and Hulk into one being, which resulted in his body permanently transforming into a Hulk form while he retained control over it, becoming a popular celebrity of Earth.

Age: 54 in Endgame, possibly much higher factoring in the time dilation of Sakaar

Superhuman Physical Characteristics, Regeneration (Low-Mid), Vehicular Mastery (Can drive a Quinjet), Disease Immunity (Samuel stated that his DNA could make humanity immune to disease, which has been displayed as it mutates the person if his DNA is in their blood stream), Toxic Immunity (Was unaffected by nerve gas), Gamma Radiation Absorption (As Professor Hulk, absorbed the radiation emitted by the Iron Gauntlet, which was mostly gamma), Rage Power

Same as before, plus Martial Arts and Weapon Mastery

As before, Resurrection with the Infinity Gauntlet (Reversed the decimation caused by Thanos), Access to all the powers the Infinity Gauntlet has (However, he's inexperienced with it, is unaware of his full capabilities and gets harmed by using it, although the latter may vary with the magnitude of the uses he may give to the Gauntlet)

Attack Potency: Large Town Level (Can give Thor a nosebleed. Slightly damaged Ultron's vibranium body) | City level (Almost comparable to Awakened Thor. Is compared to an atom bomb and a meteor while jumping on Thor. Equally as strong as Thanos according to WoG, but was easily defeated due to lack of skill) | Large Town Level (Fought Cull Obsidian, who swatted Vision aside with his hammer. Should be comparable, if not superior, to the original Hulkbuster armour) | City level (Claimed to be stronger than anyone in the Avengers HQ, including Thor)

Lifting Strength: At least Class M as the Hulk (Pushed back a Leviathan with one punch. Threw a large rock several hundred feet away) | Class T (Stronger than before. Almost comparable to Awakened Thor) | At least Class M (Should be comparable to the original Hulkbuster armour) | Likely Class T (Should not be weaker than before. Supported a portion of the collapsed Avengers HQ with an injured arm)

Striking Strength: Large Town Class (Dented the vibranium wall at Retreat. Caused earthquake-like tremors while punching Stark's containment shield) | City Class (Staggered Surtur with a punch, though it was only a minor inconvenience. Staggered Thanos with his hits, but was easily defeated when the Titan started fighting seriously. Can consistently trade attacks with Fenris who can harm him) | Large Town Class | City Class

Durability: Large Town Level (Endured strikes from Thor's Mjolnir. Unharmed after taking blasts from hundreds of Chitauri riders at the same time) | City level (Blocked a hit from base Thor with one hand. Remained conscious after multiple attacks from Awakened Thor, including being struck with full force by Thor's lightning. Survived being swatted away by Surtur on the Bifrost Bridge so hard that the bridge slightly cracked) | Large Town Level | City level

Stamina: Average as Banner. Very high as the Hulk.

Weaknesses: As Banner, he can be killed just as easily as any normal human, as long as he isn't given sufficient time to transform into the Hulk. Needs a heartbeat of 200 BPM to transform (formerly). His cells can be drained of their radiation, reverting him to Bruce Banner, though this is only temporary. As Hulk, he is mindless in his fighting style, causing him to be overpowered by more skilled fighters such as Thor or Thanos. The snap permanently damaged his right arm, and it has to be amputated. 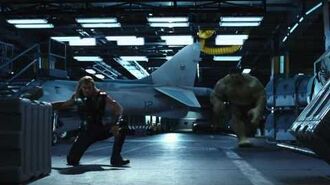 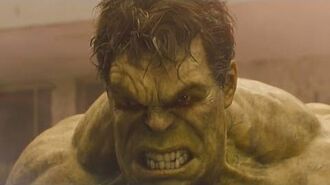