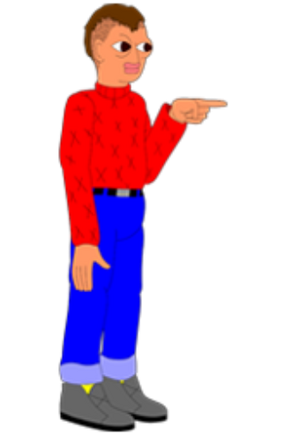 Horace is one of the main protagonists of Problem Solverz. He teams up with his twin brother and his (technical) pet to solve the problems in their town. Out of the three, he is the most enthusiastic about solving problems and is always optimistic towards completing the task at hand.

Speed: Likely Supersonic (Can dodge lasers underwater, as well as cupcake projectiles sped up by the Magic Clock, can tie an opponent's shoelaces together without being seen, and in a room full of people)

Intelligence: Is sometimes rather clueless, but is often shown to be fully capable of coming up with solutions and searching for evidence.

Start a Discussion Discussions about Horace (The Problem Solverz)