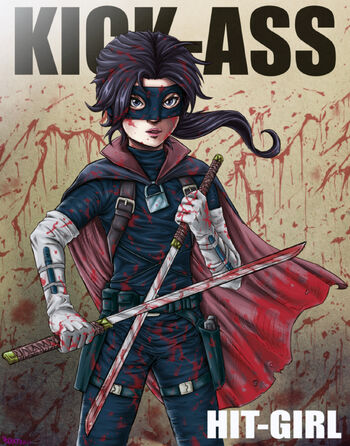 Hit-Girl is the deuteragonist in the Kick-Ass comic book series. She is a young but effective vigilante, trained by her father from an early age to be a costumed superhero and assassin. Hit-Girl is the superhero identity of Mindy McCready.

Attack Potency: Wall level (Can hold off a large number of men, easily sliced through a skull, and beat three dogs)

Intelligence: Gifted (Planned her escape from prison months in advance, can outsmart trained cops and mob bosses alike, has extensive knowledge of chemicals and gasses, can run and influence an entire jail through her small jail cell)