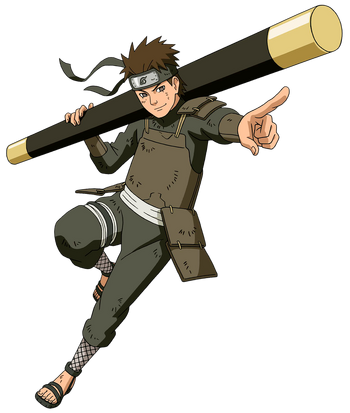 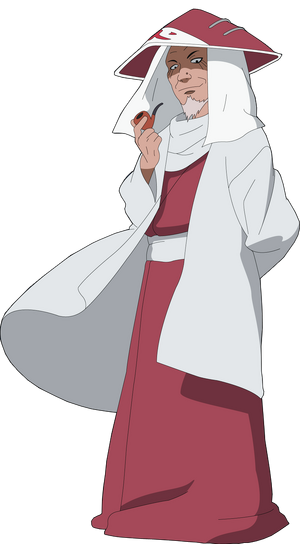 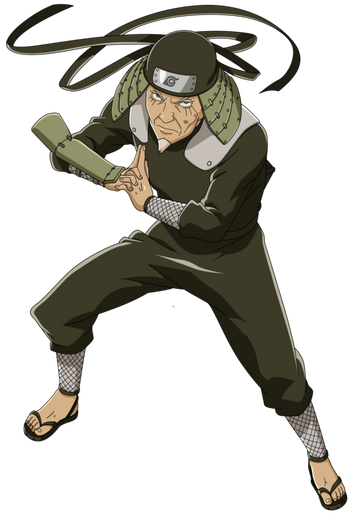 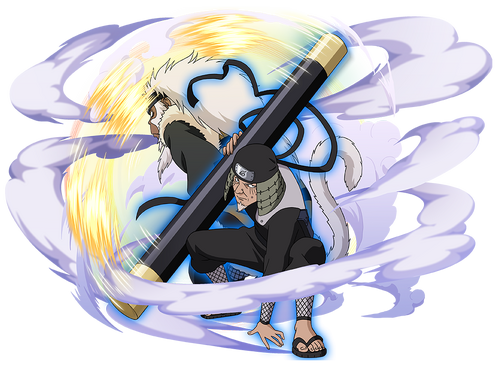 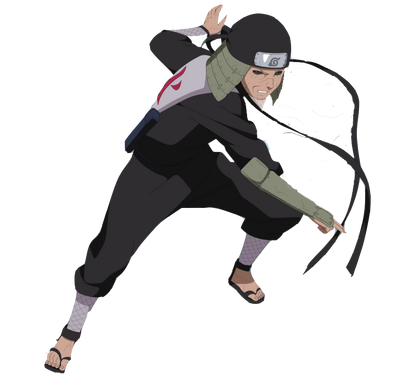 Hiruzen Sarutobi was the Third Hokage of Konohagakure and one of the most esteemed shinobi of his time. Renowned for his mastery of all five elemental releases and his prodigious chakra reserves even in his autumn years, he earned the epithet "The Professor" for his in-depth knowledge of all of the Leaf's techniques as well as the title "The God of Shinobi", for being arguably the strongest shinobi of his generation. He was also known for being the teacher of the legendary Sannin, but he remained a source of inspiration and guidance to all within Konoha's borders even after retiring from active duty on the front lines.

Tier: 7-A, far higher in his prime

Attack Potency: Mountain level+ (Was the strongest ninja in Konoha at the time of his death, surpassing Jiraiya and Tsunade and originally Orochimaru, a claim repeated several times. Even stronger than Danzō Shimura. Was able to match the techniques of Hashirama Senju and Tobirama Senju when they were revived by Orochimaru even in old age, albeit while both Hokages were purposefully restrained and had their personalities eliminated to keep them under control. Was also considered the strongest of the living Kages at the time of his death, with Onoki as his only peer), far higher in his prime (Was said to be the strongest Hokage in Konoha's history at the time of his death, but this was possibly retconned. According to Orochimaru, if Hiruzen was a mere ten years younger, he wouldn't have stood a chance. Matched a barrage of elemental ninjutsu from a Tobi-controlled Yamato)

Speed: At least Massively Hypersonic+, possibly higher (Able to keep up with weakened versions of Hashirama Senju and Tobirama Senju. Should be on par with Danzō Shimura. Possibly comparable to Onoki)

Stamina: Very high (Even being weakened due to his age and without fighting or training for many years, he could hold a fight against Edo Hashirama, Edo Tobirama, and Orochimaru, but was notably exhausted even while being as conservative as possible with his chakra), Unlimited while being summoned through the Impure World Reincarnation Technique

Intelligence: Hailed as a genius from an early age, Hiruzen was known by his epithet "The Professor" due to his extensive knowledge of every technique ever developed in the Leaf village and his mastery over all five elemental natures, being able to match every elemental technique utilized by a Rinnegan wielder like Obito Uchiha. Being able to use virtually any ninjutsu technique with the minimum amount of chakra necessary to generate the most significant effect, he was able to take on multiple Kage-level opponents at once despite his waning chakra reserves. Hiruzen was also extremely skilled at both Bukijutsu and Taijutsu, being ready to battle Orochimaru, the First Hokage, and the Second Hokage in hand-to-hand and armed combat at once and wielding numerous shuriken and the Adamantine Staff with great skill. His skill and power were such that he was considered unstoppable in his prime, with even other powerful shinobi like Orochimaru not daring to challenge him.

Weaknesses: Due to his old age, both his physical stamina and chakra reserves were lacking compared to his earlier years. Has been repeatedly accused of being too soft and forgiving, which allowed Orochimaru to escape and eventually force Hiruzen to sacrifice himself to stop the rogue Sannin. | Abilities and weapons that disrupt ninjutsu like the Truth-Seeking Balls can break apart Hiruzen's form and prevent him from regenerating.

1 of 2
Add photo
Fire Release: The nature transformation governing the use of fire, it is most frequently performed by molding chakra in one's stomach before releasing it in its completed form as fire from the mouth and lungs, but can also be applied in other forms such as smoke, ash, gunpowder, and in the use of explosive tags.

1 of 2
Add photo
Earth Release: The elemental release governing the manipulation of the earth and ground, being frequently used in the creation of sturdy physical barriers due to this release's ability to affect the density and hardness of earth and rock.

1 of 5
Add photo
Shadow Clone Technique: Hiruzen can create physical clones of himself that can fight independently of him and even perform their own techniques. However, the clones can be dispersed instantly if struck with a sufficiently powerful blow.

Summoning Technique: The Summoning Technique is a space-time ninjutsu that can summon weapons, familiars, tools, and other targets across vast distances by using blood as a sacrifice. Like most ninja, Hiruzen can only summon creatures with whom he has a contract with. Besides, Hiruzen has demonstrated the ability to counter the use of this technique by others, halting the summoning of the Fourth Hokage through the Impure World Reincarnation Technique while battling Orochimaru.

Sensing Technique: By molding his chakra into the appropriate form, Hiruzen can locate and keep track of other living beings through their chakra signatures, working through walls and visual obstructions. As a result, he was able to battle both the First and Second Hokage with Taijutsu even after being blinded by a Genjutsu technique used on him moments prior.

Telescope Technique: Hiruzen can watch anyone whose chakra signature he's familiar with through a crystal ball, allowing him to continually keep watch over any person of interest no matter how far away they are. However, due to the passive nature of the ability and the need for a crystal ball, it is ill-suited for combat purposes.

Body Replacement Technique: When he is about to be struck by an attack, Hiruzen can quickly switch places with a log or some other object the instant before the attack reaches him, creating the optical illusion that he was struck as he escapes. Hiruzen can then use this distraction to flee and regroup or make a surprise attack.

Note: Prime Hiruzen was stated to be the strongest Hokage in the history; however, this is very probably a hyperbole, his powers in his prime state were never shown, and he has no feats to back up this claim or being above Prime Hashirama.