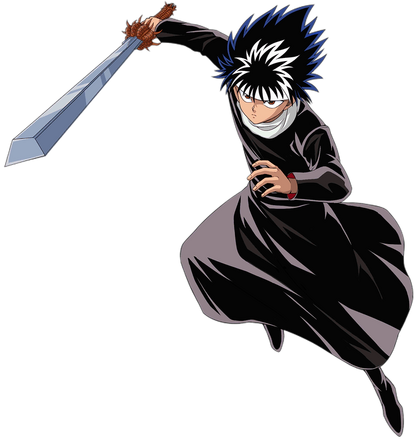 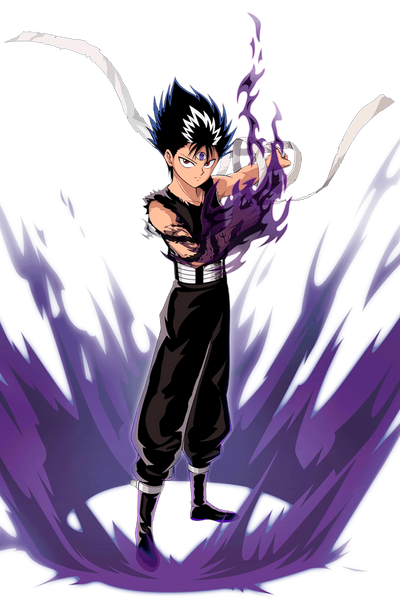 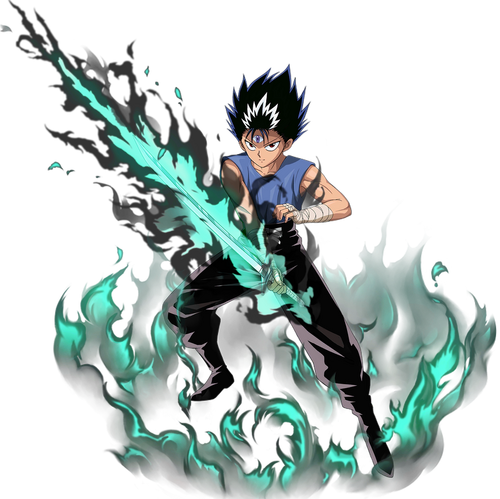 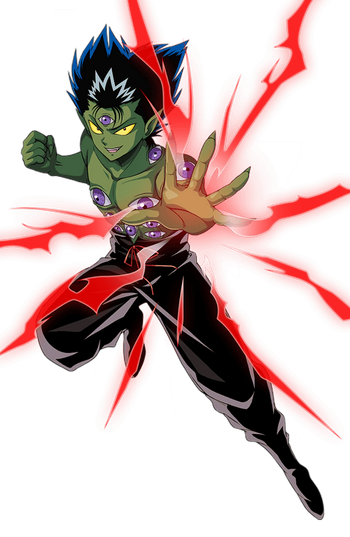 Hiei, also known as, Jaganshi Hiei, is one of the main characters of the manga and anime series Yu Yu Hakusho.

Due to being born as the union of a ice maiden and a fire demon, he was cast out and thrown over the mountain in which he was born. After surviving, he was found and raised by a gang of bandits, which later rejected him due to using the Tear Stone to attract enemies to kill. After losing the stone when fighting a demon, he asked and received the Jagan Eye from Shigure, who also taught him in the art of swordsmanship since the implant caused his power to considerably drop. Thanks to his eye, he reached the ice village and found out about of the existence of his twin sister Yukina, he then travelled everywhere in order to find her and his search led him to the Human Realm where he met Yusuke Urameshi.

Attack Potency: Large Building level (Almost as strong as Yusuke) | Large Town level (Should be at least comparable if not superior to Spirit Wave surrendered Genkai and Shishiwakamaru), higher with Jaō Ensatsu Kokuryūka and Jaō Ensatsu Ken (Vaporized Zeru, easily sliced Kuro Momotaru in half) | Large Town level (Stomped Bui, a B-class demon, at his full power and should be at least comparable to Yusuke with Spirit Wave absorbed and Spirit Cuffs on, did this with Dragon of the Darkness Flame) | Likely Continent level (Could fight Defensive Armor Shinobu Sensui along with Kurama and Kazuma Kuwabara, but was clearly outmatched) | Multi-Continent level (Almost equal to Yusuke Urameshi, absorbing the Kokuryūha would further increase his destructive capacity; fought Mukoro, but was easily defeated)

Durability: Large Building level (Almost as durable as Yusuke) | Large Town level (Likely comparable to 45% Younger Toguro) | Large Town level (Absorbed his Jaou Ensatsu Kokuryuuha attack and Bui was unable to do anything to him) | Likely Continent level (Can tank punches from a serious Defensive Armor Sensui) | Multi-Continent level (Survived a punch from an enraged Mukuro, who is one of the strongest fighters in existence. However, he was incapacitated for an extended period)

Stamina: Very high, was able to use two Ensatsu Kokuryūha’s and remain conscious for a good while after, was also able to take on Yusuke and then proceed to battle Sensui not so long after (absorbing the Kokuryūha should increase his stamina levels)

Range: Extended melee range with his sword, can spy on people and objects from ten kilometers away with his Jagan eye and with attacks like Kokuryuuha can go from hundreds of meters to tens of kilometers.

Standard Equipment: His Katana, previously he wielded the Demonic Sword.

Weaknesses: Arrogant sometimes, using the Kokuryūha causes Hiei to hibernate for a couple of hours, albeit after the fight has ended, and this seems to no longer be the case after the DT saga. His binding technique gets cancelled if he closes his eyes. 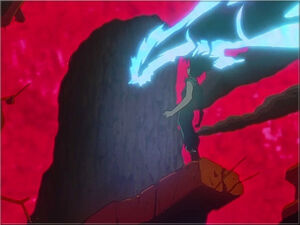 Sweet Tooth (Twisted Metal) Sweet Tooth's Profile (Note: Sweet Tooth was inside of his vehicle and has access to all his tech/gear. Spirit Detective Arc Hiei was used, Speed was equalized)

Magellan (One Piece) Magellan's profile (Mastered Dark Dragon Hiei was used, speed was equalized, they started at 10 meters from each other)

Garou (One-Punch Man ) Garou's profile (Both were High 6-A and speed was equalized. Jangashi form Hiei was used)