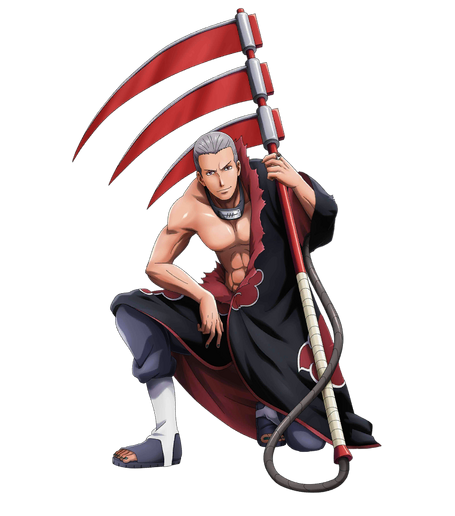 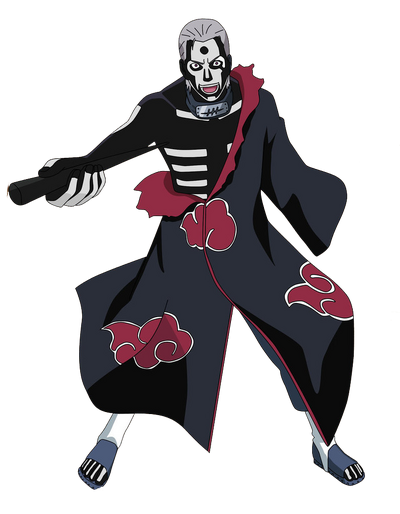 Hidan (飛段, Hidan) is an S-rank missing-nin who defected from Yugakure and later joined the Akatsuki. There, he was partnered with Kakuzu, despite the two's somewhat mutual dislike of each other. He was also the second newest member of Akatsuki at the time of Tobi's introduction. Kisame Hoshigaki laughingly referred to Hidan and Kakuzu as the Zombie Combo (ゾンビコンビ, Zonbi Konbi).

Attack Potency: At least Town level (According to Asuma Sarutobi, Hidan is above him. Managed to block Kakuzu's punches), his Jashin ritual ignores durability

Speed: Massively Hypersonic+ (Can keep up with Kakashi Hatake)

Stamina: Very high (He has never been seen tired despite fighting for hours and managed to stay up for six days)

Intelligence: Hidan's intelligence is not very high, yet is he capable of fundamental analysis after he was captured by Shikamura's shadow several times

Weaknesses: Hidan is not particularly smart. He is also quite overconfident. His immortality will go against him if his head is cut off.

Hidan
Add a photo to this gallery