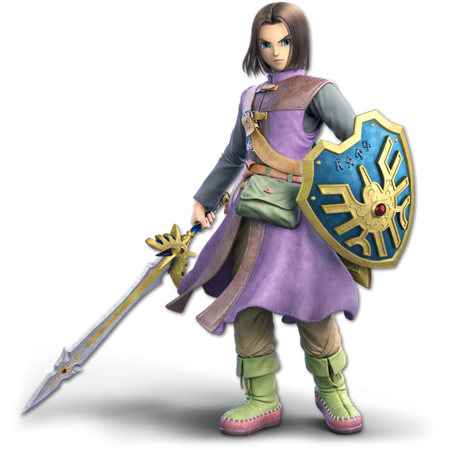 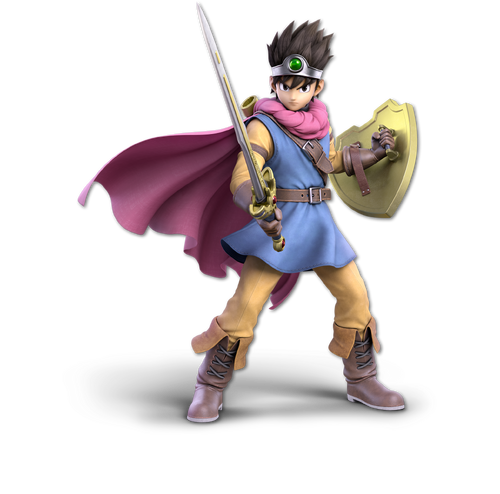 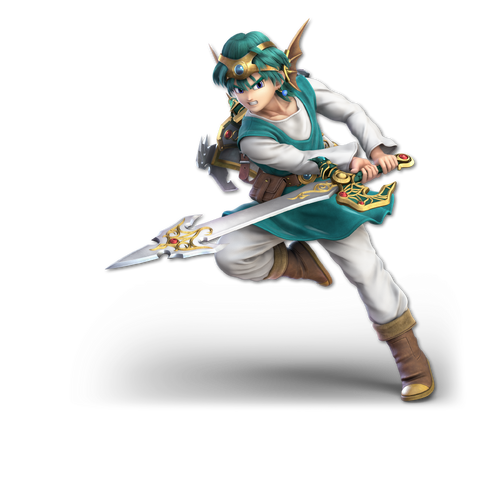 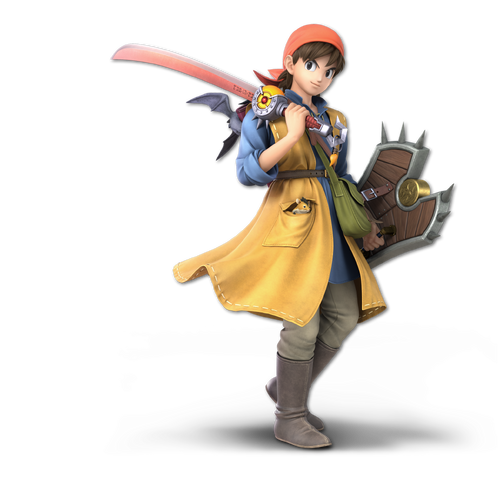 Hero is the 72nd fighter of Super Smash Bros. Ultimate as a DLC fighter.

Tier: At least High 7-A, higher via Final Smash

Speed: Massively FTL+ (Comparable to Kirby, is faster than all the fighters with Acceleratle)

Lifting Strength: Class M (Should be comparable to King Dedede who is able to swing his hammer with this much force)

Durability: At least Large Mountain level+ (The fighters are capable of surviving the Moon crashing onto them), higher via Kaclang (No move in the game can damage him while using this, not even Final Smashes)

Intelligence: Above Average (Is a skilled fighter and knows how to use various weapons)

Weaknesses: His MP is limited and takes a while to restore. Kamikaze will blow himself up. He is immobile while using Kaclang. Hocus Pocus can cause negative effects, such as shrinking himself, poisoning himself, falling asleep, or removing all of his MP