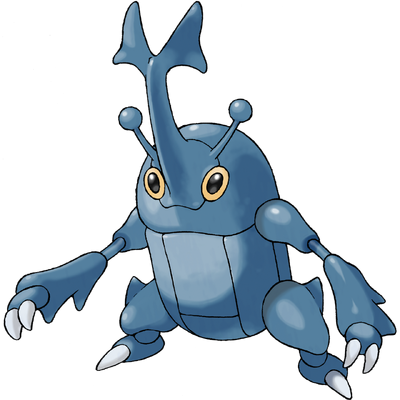 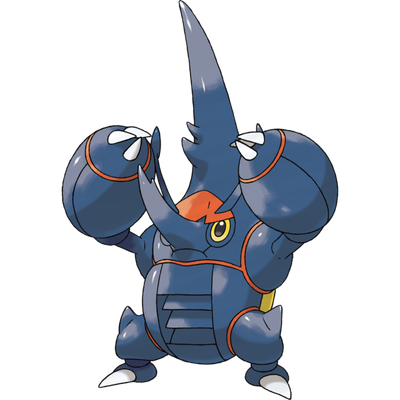 Heracross is the Pokémon number #214, a dual-type Bug/Fighting Pokémon.

Heracross is a bipedal beetle-like and docile Pokémon that feeds on honey.

Attack Potency: At least Mountain level+ (Can damage Vikavolt, a 3rd Stage Pokemon) | Large Mountain level (Stronger than Pure/Huge Power Pokémon and Marowak holding a Thick Club, should be comparable to other mega evolved Pokémon such as Mega Charizard)

Lifting Strength: Class 100 (Comparable to Scizor. It can easily launch dozens of meters in the air opponents that are 100 times heavier than it) | Class 100 (Can lift a fighter plane)

Range: Extended melee range normally, tens of kilometers with most attacks such as Bullet Seed and Pin Missile