Hellboy is a fictional superhero created by writer Mike Mignola. The character first appeared in San Diego Comic-Con Comics #2 (August 1993) and follows the half Demon Anung Un Rama known as Hellboy. Hellboy was summoned from Hell to Earth as a baby by Nazi occultists which spawned his hatred for the Third Reich. He was later discovered on a fictional Outer Hebrides Island by the Allied Forces and amongst them was Professor Trevor Bruttenholm, who formed the United States Bureau for Paranormal Research and Defense (B.P.R.D.).

In time, Hellboy grew to be a large, red-skinned adult with a tail, horns, cloven hooves for feet, and an oversized right hand made of stone. Although a bit gruff, he shows none of the malevolence thought to be intrinsic to classical demons and has an ironic sense of humor. This is said to be because of his upbringing under Professor Bruttenholm, who raised him as a normal boy.

Hellboy works for the B.P.R.D., an international non-governmental agency, and against dark forces including Nazis and witches, in a series of tales that have their roots in folklore, pulp magazines, vintage adventure, Lovecraftian horror, and horror fiction. In earlier stories, he is identified as the "World's Greatest Paranormal Investigator".

Most of its characters in the building level range, some of the high tiers are well within Nuclear tiering with one of the best feats coming from Hellboy who was able to generate over a gigaton worth of kinetic energy. 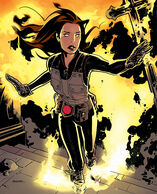 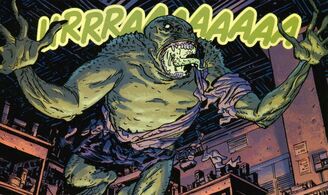 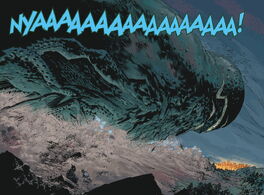 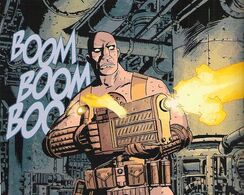 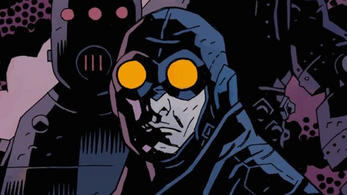