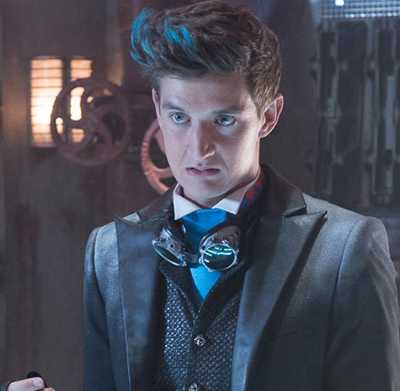 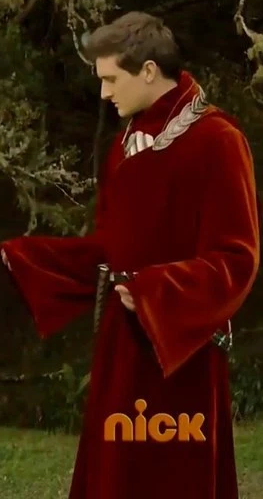 Heckyl was the main antagonist of Power Rangers: Dino Charge and Power Rangers: Dino Super Charge before finally being locked up by Lord Arcanon. Heckyl was a survivor of the doomed planet known as Sentai 6 and it was implied that he was a hero of that world, trying so desperately to save to from the evil Lord Arcanon. After touching the Dark Energem, all the good inside of Heckyl was replaced with evil and he shared his body with the nefarious Snide.

Much of Heckyls life afterwards is a mystery. He was a wanted criminal for destroying an untold number of galaxies over the years and at some point, millions of years ago, was captured by the bounty hunter known as Sledge and sent to live in solitary confinement.

Eventually freed, Sledge decided to use him as a last resort method to hunt down and destroy the Rangers once and for all. When his plan fails, Heckyl is sent back to solitary confinement once again. Freed again by the destruction of Sledge's ship, Heckyl took over his crew and became the primary antagonist of the series.

At first, Heckyl took a more subtle tactic. He tried to seem like a heroic and kind person to the Rangers, gaining their trust and even briefly becoming the Purple Ranger [though he never actually morphed]. He was rather quickly found out by the Rangers and thus started to have a more typical villain role, simply sending out his minions while he devised plans in the safety of his ship.

After getting stomped by the likes of Lord Arcanon once more, Heckyl gives up on his evil agenda. Following Sledge selling the Earth to an interstellar junkyard, Heckyl simply decided to live his last day to the fullest. During the Earths final hours however, Heckyl stands up to Sledge and attempts to save the world by aiding the Rangers in the final battle. After the last stand against Sledge, Heckyl becomes a keeper along with Keeper and Xenowing.

Classification: Alien. Outlaw. Survivor of Sentai 6. Keeper of the Energems

Powers and Abilities: Superhuman Physical Characteristics, Energy Manipulation, Energy Projection, Transformation (More of a handicap then a power due to its passive nature)

Attack Potency: At least Large Planet level (Destroyed a planet at some point in the past. Badussa, along with most of Sledge's Crew and Prisoners, fear him. Vaporized several high ranking aliens among Sledges crew without any effort whatsoever. His power briefly contended with Sledge after the bounty hunter had the purple Energem infused into his blaster), likely far higher (It was said by Wrench that he had destroyed many galaxies in the past, though in which the manner he did this in has never been fully elaborated upon)

Speed: Massively FTL (Capable of fighting all the Rangers at once, who by this point could fight Leisure)

Striking Strength: Large Planet Class, likely higher (Capable of hurting Snide, who is his "dark" half. Should be at least comparable to Dino Steel Armor Koda, who managed to slightly injure Sledge with a good kick. Destroyed Badussa's amulet)

Durability: At least Large Planet level, likely far higher (Implied to have fought Badussa before, who destroyed the entire Kyoryuger galaxy over an unknown period of time. Fought and took hits from Snide and survived a beat down by Lord Arcanon, who could casually destroy entire planets, while holding back his full power)

Standard Equipment: His amulet that allows him to communicate with Snide [destroyed and/or unusable by the end of the series].

Intelligence: Very High. Heckyl was capable of devising devious plans that tricked even the smartest Rangers such as Riley and Kendall, as well as came up with and even executed truly insidious schemes such as when he poisoned the water supply with a chemical that wipes peoples memories. Other then that, Heckyl has been shown to be a skillful fighter and commanding leader

Weaknesses: He'll periodically transform into Snide, though this was resolved by the end of the series. His rather foppish attitude sometimes makes him take battles less seriously, though he'll always get serious if the situation calls.