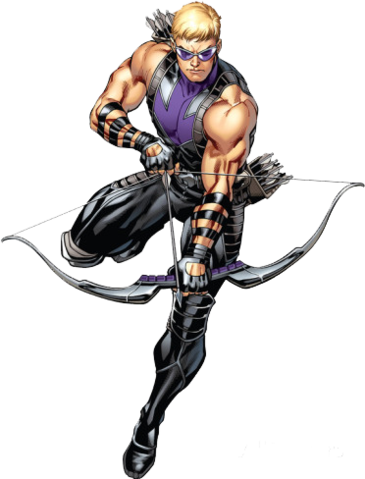 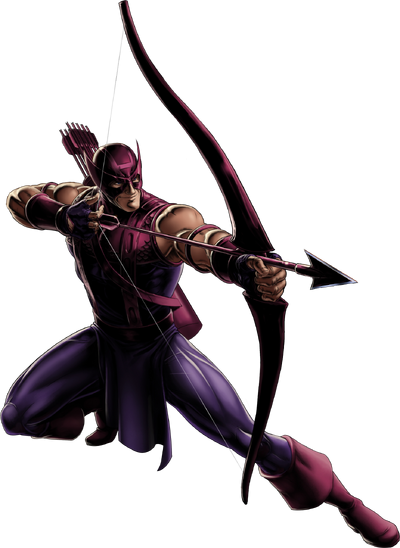 Clinton "Clint" Barton was a former circus worker and criminal-turned-hero, who received his archery skills as a young boy through training with Swordsman and Trickshot. Barton would eventually join both the East Coast and West Coast branches of The Avengers, even leading at one time.

Tier: 9-A physically and with blast arrows. High 7-C with his strongest arrows. 7-B with Nuclear Bomb Arrow

Speed: Subsonic running speed (Evaded gunfire) with Massively Hypersonic+ reactions, combat speed and attack speed (Comparable to Daredevil and Captain America in speed. Dodged heavy gunfire from War Machine. Shot an arrow at Mach 438. Dodged a glider thrown by Hulk in a microsecond, so his speed must not be much behind Black Panther)

Lifting Strength: Class 5 (Capable of heaving away a car with one arm. Bent a flagpole into a bow)

Stamina: High, can fight even while heavily injured. Can stay awake and shoot arrows for 42 hours.

Weaknesses: 80% deaf due to an injury sustained while in Crossfire's captivity, but his hearing was restored during his rebirth on Franklin Richards' Counter-Earth. He was again deafened by the Clown, who jammed Hawkeye's own arrows into both of Hawkeye's ears, causing damage to the middle and inner ears. He remains largely deaf, and used sign language, and lip reading to understand those around him, while using normal speech to communicate to them. He later started using hearing aids created by Tony Stark. 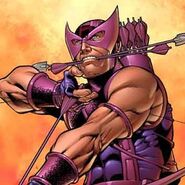