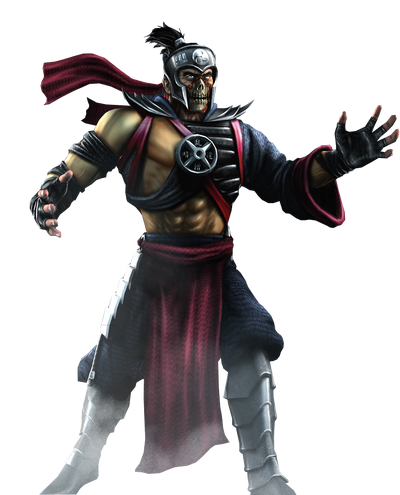 Havik is a Mortal Kombat character introduced in Mortal Kombat: Deception. As the Cleric of Chaos of the Chaosrealm, he aims to spread chaos, discord and confusion on the other realms. In the original timeline he helped Kabal and was willing to ally himself with those that trusted his words and consider them as allies, but in the current one he manipulates others into joining him and use them as pawns for his end.

Tier: At least High 8-C | 7-B, higher with preparation

Attack Potency: At least Large Building level (Comparable to other fighters) | City level (Revealed to have received Nitara's Blood Magik from Quan Chi which allowed him to fight with Jinsei Powered Takeda and kill Scorpion), higher with preparation (Summoned the Amulet of Shinnok and would've used it to punch through the cosmic barriers of the Netherrealm so that he can destroy the realm itself through invasion, though it was not stated on how he would do it. Fired a beam from the amulet that destroyed a ship, and its destruction moved some clouds)

Lifting Strength: Class 5 (Can rip off heads, especially his own) | At least Class K (Restrained Scorpion)

Standard Equipment: Morning star | None notable, Used to wield the Amulet of Shinnok and the six Kamidogu.

Intelligence: Gifted; skilled combatant and manipulator. Manipulated gods without their knowledge of his scheme, including Raiden.

Current Timeline Havik.
Add a photo to this gallery