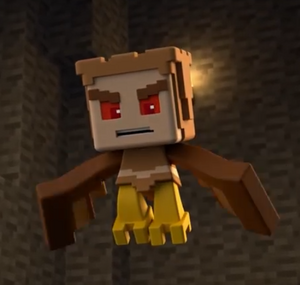 The Harpy is one of the great Greek Mythos. It was positioned by Zeus as the guardian of the third Enchanted Eye of Ender.

Speed: Subsonic combat and reaction speed (Scales to the players)

Durability: At least Building level (Should compare to other Greek Mythos)

Retrieved from "https://vsbattles.fandom.com/wiki/Harpy_(Minecraft_Mini)?oldid=5379806"
Community content is available under CC-BY-SA unless otherwise noted.