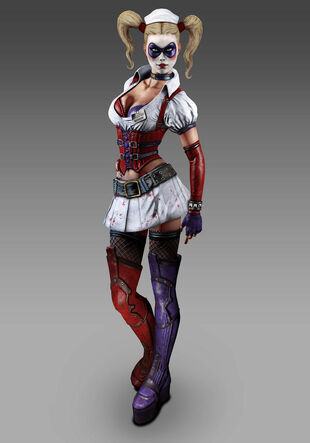 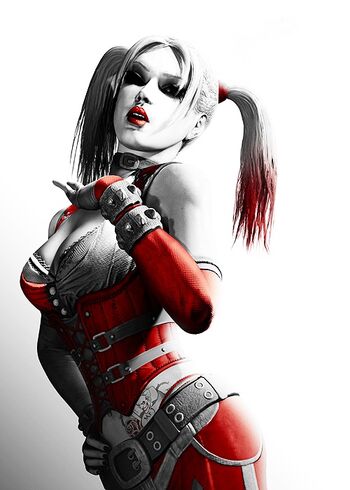 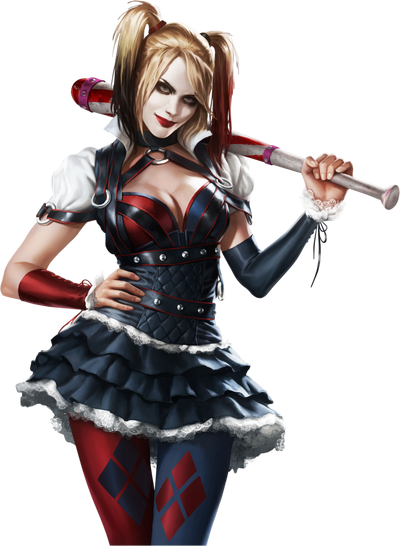 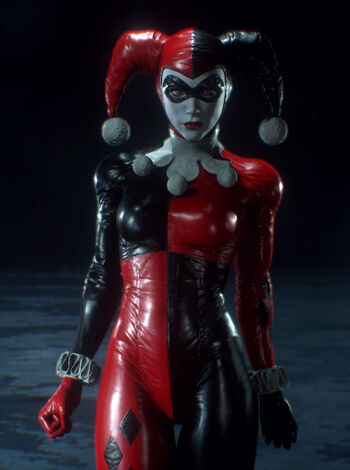 A Blackgate and Arkham Asylum psychiatrist assigned to treat the Joker, Dr. Harleen Frances Quinzel instead became obsessively fixated on her patient, believing herself to be in love with him. She helped him escape confinement and took on her own criminal identity as Harley Quinn, named after the French court jester Harlequin, and would become almost as deadly as her boyfriend to Batman and Gotham City. Over the years, she participated in the Clown Prince of Crime's various schemes for destruction with her only motive being the approval and love of the Joker, though the villain rarely ever reciprocated her feelings in the slightest.

After the failure of one of Joker's more deadly and recent plans, culminating in a massive Arkham riot and breakout, Joker became deathly ill following an overdose of TITAN, a unique steroid compound that was being developed at the asylum and was pivotal to the Joker's designs. Harley remained at his side during his painful recovery from the effects of Titan in Arkham City, aiding him in what would later become his last and most twisted joke on Batman and Gotham. After the Joker's untimely demise, Quinn took complete control over the remains of his gang in her own quest for vengeance against Batman and all of Gotham in honor of the Joker.

Quinn further rose in both power and viciousness after her plans for revenge failed, taking firm command of the remnants of Joker's followers and allying herself with Gotham underworld's most notorious superpowers in a master plan, of Scarecrow and the Arkham Knight's creation, to bring down Batman once and for all on Halloween night.

Powers and Abilities: Superhuman Physical Characteristics, Martial Arts, Weapon Mastery, Expert gymnast, Enhanced Senses (With Psychosis Mode), Rage Power (Can enter in a psychotic rage in which she is able to instantly defeat everyone that she attacks), Stealth Expert, Limited Plant Manipulation (Likely a gift from her best friend, Poison Ivy, Harley is able to direct plants to capture/eat victims), Limited Explosion Manipulation (With Jack-in-a-Box Bombs)

Attack Potency: Small Building level (Managed to take out numerous officers without much difficulties. Fought against Batgirl and Robin at the same time along with the Joker and was able to briefly hurt Batman in Batman: Assault on Arkham, although she does not represent a real threat to the Dark Knight. Defeated Nightwing)

Intelligence: High. As a psychiatrist, Harley was academically intelligent and gained a strong interest in criminology as her father was a criminal. While being totally obsessed and submitted to the Joker, she is still considered as ruthless and extremely dangerous by Joker's henchmen and is extremely manipulative. After Joker's death, Harley became more assertive and capable and she regained much of her independence. As a result, she was even able to uncover Batman's computer system in Panessa Studios.

Weaknesses: Obsessively in love with The Joker, often even going as far as to frequently put her own well-being in jeopardy if called for. Highly insane and impulsive