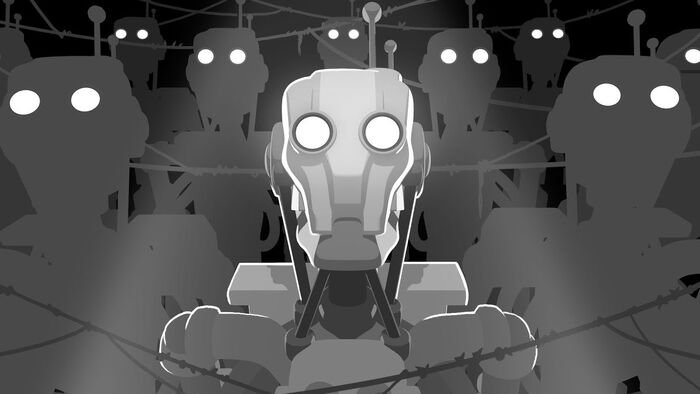 The Handy Men are the "protectors" and enforcers of the Matriarch within Autodale. They are presumably controlled by her and control the lives of the inhabitance of the city. It is hinted at in "Don't Feed the Freaks" that they existed in other cities similar to Autodale and followed their leaders similar to the Matriarch.

Attack Potency: At least Street level (Easily killed a human by stepping on them. Has killed a multitude of "uglies". Presumably keeps away the Freaks)

Speed: Normal Human (Is only shown walking, and is comparable to normal humans)

Stamina: Unknown, likely high (Due to being a robot)

Intelligence: Above Average (Are able to conversate with, control, and manipulate the citizens of Autodale to the point of brainwashing)

Retrieved from "https://vsbattles.fandom.com/wiki/Handy_Men?oldid=5400950"
Community content is available under CC-BY-SA unless otherwise noted.