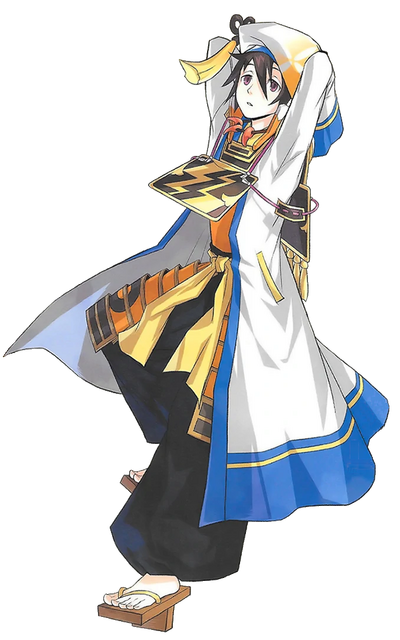 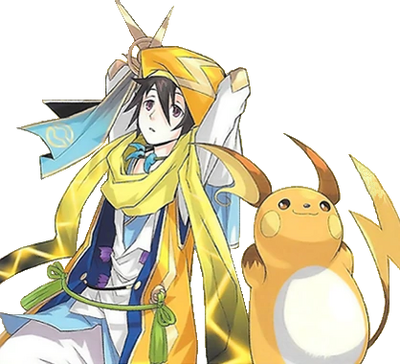 Hanbei is one of the playable characters in the pokemon spinoff game Pokémon Conquest. He serves as a strategist under Lord Hideyoshi, alongside his friend Kanbei. In one of the side stories, Hanbei can even take control of the kingdom Ignis for a competition and is able to unite all of Ransei for with his strategizing.

Hanbei is often depicted as lazy, but also very confident in himself, often claiming that he is a genius, and many people back him up on that claim. He generally puts off work to instead sleep, however, and he’s implied to be weaker than many of the cast.

Stamina: Below Average (Gets tired easily and implied to be sick with some unknown disease, possibly tuberculosis) | High| High

Intelligence: Genius (Works as a strategist for the kingdom of Ignis, is able to conquer all of Ransei, which consists of many different kingdoms, the game outright states he’s a genius)

Thundershock: Used by Mareep. Causes electricity to hurtle towards the opponent. Has a chance to paralyze.

Thunderbolt: Used by Pikachu. A strong electrical blast that could cause paralysis.

Volt Tackle: Used by Raichu. Lowers the user's Defense and limits range to 1 on its next turn, regardless of any abilities or items that would normally increase range. Has a 10% chance to paralyze each target.