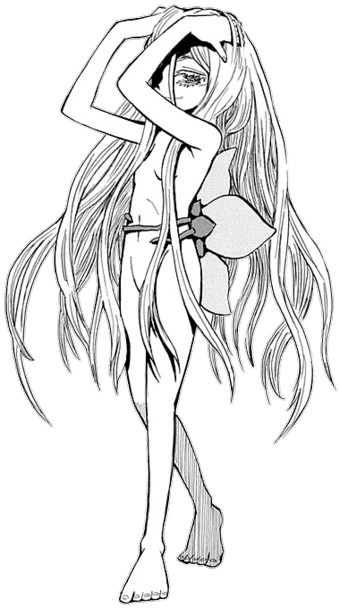 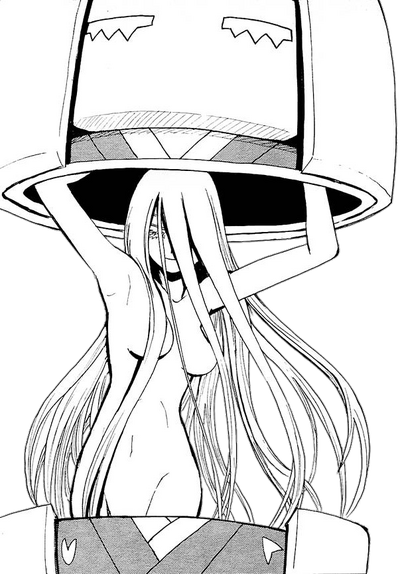 Hanatora is the former Land God of Kyoto and an ally of the Shogun and Kazamatsuri's family.

Powers and Abilities: Superhuman Physical Characteristics, Immortality (Type 1), Soul Manipulation (Gods can devour souls. Created a sword from Yoshiteru's soul), Chi Aura, Extrasensory Perception, Magic, Martial Arts, Flight, Nature Manipulation, Plant Manipulation, Telekinesis (Can control several capsules that are able to shoot light beams around its target), Homing Attack (The capsules chase the target), Duplication, Cloth Manipulation, Sleep Manipulation, Invisibility (Can choose the people capable of see her), Intangibility (Can pass through solid matter, can also make objects intangible), Empathic Manipulation (Can seal someone's willpower. Has spells to calm someone's fear), Precognition (Her clone warned Senya that she was going become a mad god hours before that happen), Mind Manipulation (Controlled the minds of humans in Kyoto to prevent them from fighting the war. Can invade the minds of others and can probably control they dreams), Illusion Creation and Paper Manipulation (Via Shikigamis), Minor Resistance to Mind Control, Madness Manipulation (Her clone was still able to talk with Senya by fighting against the effect of Tribe of Void's main ability) and Fear Manipulation (Has spells to reduce someone's fear about something. With that, the demons inside Senya managed to stay calm even facing the dragon that they feared so much)

Durability: At least Small City level+ (Should be comparable to her Attack Potency. Senya needs several blows to kill her clone)

Stamina: High (Her clone was able to fight for long periods)

Intelligence: High (Has a good experience and knowledge about magic)