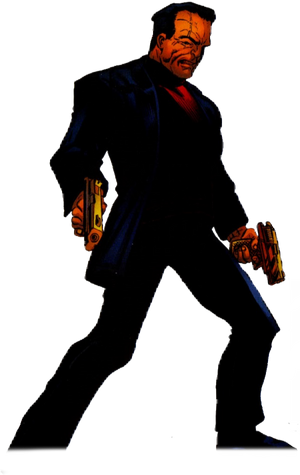 Hammerhead is a ruthless New York mobster with a misshapen head and an abnormal durability due to his mutation. Because of ambitions, he has crossed paths with other superheroes such as Spider-Man and Gambit.

Durability: At least Small Building level (Spider-Man hurt his hand in attempts to hit him.)

Retrieved from "https://vsbattles.fandom.com/wiki/Hammerhead_(Ultimate_Comics)?oldid=6070354"
Community content is available under CC-BY-SA unless otherwise noted.