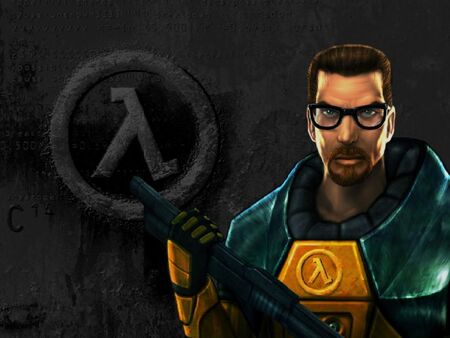 Half-Life: In the Black Mesa Research Facility in New Mexico circa the turn of the 21st century. Gordon Freeman, a theoretical physicist, is involved in an experiment that accidentally creates a dimensional rift to a trans-dimensional world called Xen, causing extraterrestrial life to swarm the facility and kill the survivors. While Freeman tries to flee, the military comes and start killing the survivors to silence the survivors. Gordon travels to Xen and kills the alien enslaving the creatures and frees them from their master. Impressed by his actions the mysterious figure monitoring Freeman's progress places him in stasis.

Half-Life 2: The dimensional rift caused The Combine to also come to Earth and invade, they defeat Earth in seven hours and conquer it. Twenty years later, former Black Mesa Scientist Gordon Freeman is sent by the G-Man into the now dystopian planet to secure the survival of the ever-so diminishing human species. After days of fighting, Gordon manages to give a huge blow to The Combine with the help of Alyx, by destroying Nova Prospekt, causing the entire population of City 17 to rebel and destroying the Citadel.

A puzzle-based first-person series, set in the same fictional universe as the Half-Life games, was created with Portal in 2007, followed by a sequel, Portal 2, in 2011.

Portal: Chell, a test subject of Aperture Science that was just released from statis, is lead through a series of dangerous tests by a sinister robotic voice known as GLaDOS. She uses an inter-dimensional portal technology to overcome the challenges of the test chambers and come closer to discovering the mysteries behind GLaDOS and Aperture Science. After the "final test", Chell barely manages to escape from her death and confronts GLaDOS, destroying the entire facility in the process.

Portal 2: Chell wakes up after an unspecified amount of time. Accompanied in part by a core called Wheatley, she traverses the ruins of Aperture Science looking for a way out. Accidentally waking GLaDOS, she is once again forced into the same rigorous testing as before. During this, Wheatley breaks her out and they flee into the depths of the facility. After shutting off the neurotoxin and tampering with turret production, they are able to swap Wheatley with GLaDOS, seemingly causing the madness to draw to a close. This however, caused Wheatley to go corrupt with power, turning GLaDOS into a potato battery and sending her and Chell far underground.

After waking up, Chell finds Potato GLaDOS, attaches her to the Portal Gun, and works her way up back to the facility. She is put into testing by the corrupt Wheatley, while both devise a way to save the facility (as Wheatley is not maintaining crucial functions to keep it from exploding) and shut him down. After he attempts to murder them, Chell approaches his chamber to bring the fight directly to him. After nearly losing, Chell shoots a Portal to the moon, GLaDOS regains her body and sends Wheatley catapulting into the depths of space. Finally accepting that Chell wins, she sends her up out of Aperture Science via an elevator to the surface, finally giving her freedom.

The power of the HL franchise is not as explored as it should be, but it has much to offer in terms of technology.

Most of the weaponry is similar to the real world's, except the ones that are fully from the Combine or experimental. For example there is a Tau Cannon, a Gauss Cannon and the Combine's trademark rifle can disintegrate human beings. The Combine have a teleportation device that travel between universes but it is very bulky.

The most unexplainable thing in Half-Life is The G-Man who is the only character as of yet who has been seen to display characteristics beyond that of regular humans, namely, Time Manipulation, Reality Warping, and Portal Creation.

There is also the Portal Gun, a gun that can create two portals on a flat, even surface (moondust acts as a good conductor for portals). Momentum is not affected by traversing between portals, and an object will retain the same speed it previously had exiting the portal when entering.

Gordon Freeman, The "One Free Man" 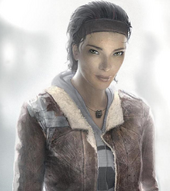 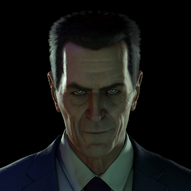 Father Grigori
Add a photo to this gallery 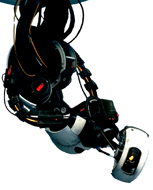 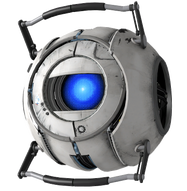 Wheatley
Add a photo to this gallery

The Combine, "Our Benefactors"