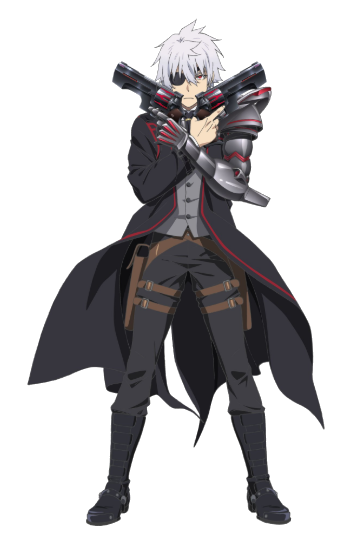 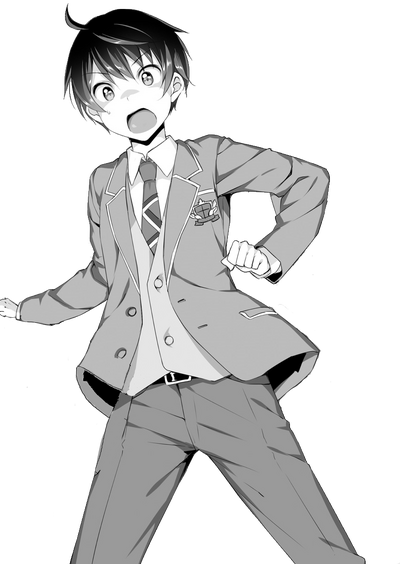 Hajime Nagumo was your average high school otaku whose cordial relationship with Kaori Shirasaki bought him the ire of most of his classmates. After absentmindedly wishing for his classmates to vanish to another world, he and the rest of his class suddenly found themselves summoned to a parallel world called Tortus by the God of Creation, Eht, to act as "heroes" and turn the tide of humanity's war against the demons. Left with little other choices, Hajime and his classmates comply. To Hajime's chagrin, he was the only one amongst his group to be left with mediocre stats and a sparse skillset due to his "Synergist" class, which once again put him under the thumb of his far more "talented" classmates regardless of his efforts to catch up to them.

But during his first journey through the Orcus Great Labyrinth, the folly of one of his classmates summoned a demon far too powerful for any of the group to defeat. Although he managed to restrain the beast with his Transmutation ability to buy time for everyone to escape, Hajime found himself struck by a fireball launched by one of his classmates as he turned to retreat as the floor collapsed beneath him, plunging him into the Abyss.

Things went from bad to worse as a bear demon residing in the caverns tore off his arm, with Hajime barely managing to escape with his life. He was saved from death by the small channel of Ambrosia he found, but the same substance caused a permanent change in Hajime's mind and body. Reborn with the ability to devour the usually toxic flesh of demons and steal their powers, Hajime seeks to blast his way out of the decrepit dungeon he was left to rot in and find a way to return home.

Automatic Translation, Transmutation (Can change ores and minerals into other things), and Fire Manipulation (Unusable in combat)

Same as before plus Reactive Power Level (During his battle with his copy he was able to perfect his fighting style even more, along with getting faster and stronger), Information Manipulation, Existence Erasure, and Conceptual Manipulation (Type 3; Due to having Yue taken from him, Hajime created the concept of deny all existences, which overwrite a person's information from existing to doesn't exist, usually however creating concepts usually requires him to sit down concentrate on raising his wish to the conceptual level; hence it typically is more useful for prep time than in combat), Resistance to Heat Manipulation (His Airzone regulates his temperature making him not feel cold)

Same as before plus Mind Manipulation, and Memory Manipulation (On a city wide scale with Neu○lyzer New. On a planetary level with Neu○lyzer Flash and Super Large Scale Awareness Manipulation Artifact), Healing, Resurrection (Can resurrect others. Automatically resurrects upon death), Soul Manipulation (Can manipulate souls, can directly grasp and destroy souls, can return souls that have left people's bodies etc), Information Manipulation (Can control information on a planetary scale), Time Manipulation (Can reproduce images of events that occurred in the past, and also reproduce wounds that occurred in the past), Invisibility, Clairvoyance (Can see into the past), Resistance to Absolute Zero (Barahu who is the divine spirit that governs vapor and coldness, couldn't affect Hajime with absolute zero coldness), Gravity Manipulation and Spatial Manipulation (By using limit break he instantly scattered away Lutria's attack which enveloped him in a super gravitational field that was also twisting space)

Attack Potency: Athlete level (Trained his body very hard every day and was noted to be stronger than most of Tortus's humans despite his middling stats), Wall level with Transmutation (Was able to contain the Behemoth which could easily smash through walls) | Small City level (Comparable to Yue, and Miledi Reisen), City level with Various Artifacts and Skills (Can get 3x stronger with Limit Break as it multiplies his strength, making him three stronger. 5x stronger with Overload. Schalgen is 5-6x stronger than Donner, which was able to contend with Apostles. His Pile Bunker is even stronger than Schalgen) | City level (Superior to before, can fight Apostles of God without even using Limit Break. 3x stronger with Limit Break. 5x stronger with Overload) | Continent level (In Base he should be 5x weaker than Ehitorujue, as Overload Hajime which is 5x his base, is comparable to Ehito. Can get 3x stronger with Limit Break, 5x stronger with Overload which makes him comparable to Ehitorujue who created the Holy Precincts, which has numerous pocket realms, including a space with a city, a space where the ground and sky are reversed, a space where countless white blocks are floating, a space where there are only mountains as tall as God Mountain, which is 8 km tall, a space resembling a giant library where countless bookshelves were cluttered together, a space with an ocean which also had an island that was at least 5 km wide, and a space with floating islands ranging from a dozen meters to a few kilometers wide along with a gigantic island that was 10 km wide. After Hajime killed Eht, all of these spaces began to crumble), Can ignore conventional durability with various attacks | Multi-Continent level (Comparable to Shia Haulia, dealt significant damage to Lutria who is the will of a planet itself and the mother of all life. Can get 3x stronger with Limit Break, 5x stronger with Overload), Can ignore conventional durability with various attacks

Durability: Athletic Human, Wall level with Transmutation (Can create walls and pitfalls) | Small City level (Can strengthen himself to tank attacks comparable to his own), City level with Limit Break and Overload (His durability is tripled with Limit Break. 5x stronger with Overload) | City level | Continent level | Multi-Continent level (Tanked the combined attacks of the divine spirits of dusk, flowing wind, ice and snow and ocean current)

Intelligence: Genius (Hajime's movements lack the polish of Meld or Shizuku’s, both of who had trained in styles that had been refined for generations, however, they are incredibly effective. Every single one of his moves links perfectly to the next; a level of experience backs them that no amount of martial arts practice could ever reach. Calculated everything about Noint, from her reaction time, position, to the approximate direction she knocked his chakrams away. Can plan out numerous strategies and exactly how a battle will proceed before fighting with only a little knowledge. He can adapt to and counter his opponents fighting style and find weaknesses during a fight. He is also an extremely skilled marksman and ingenious. Hajime was able to re-purpose his transmute skill to be useful in combat when initially it was only seen as being useful for blacksmithing. He has also developed the various artifacts he fights with)

Weaknesses: Pre-Evolution to use Transmute, he had to kneel to affect anything within a certain distance from where he was activating his ability. Can't negate super- wide range magic. Metzelei can only be used continuously for about 5 minutes, after which it overheats. Hyperion breaks after a single use as it was a prototype weapon, that is no longer the case by the war with Ehito.