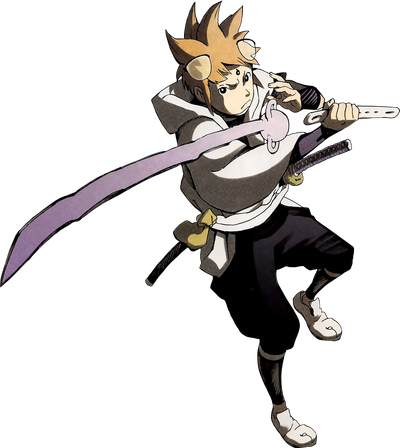 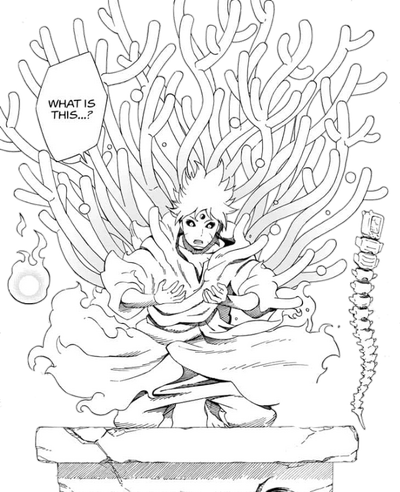 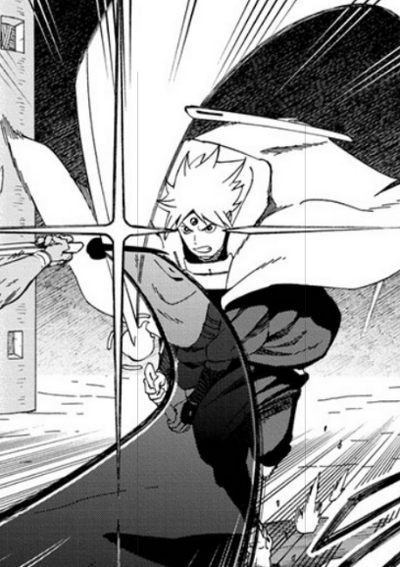 Hachimaru is the main protagonist of the Samurai Eight: Hachimaruden series. A sickly and feeble boy who dreams of becoming a samurai, his adventures begin when he meets Daruma. He is also known as Hachikaku, and is one of the eight artificial humans created by Furuta.

Superhuman Physical Characteristics, Longevity, Inorganic Physiology (Samurai are robots thus do not have a normal body or organs), Limited Matter Manipulation and Body Control (Samurai can manipulate their body or their holder's body's sub-atomic particles to form it into different shapes, tools and devices), Technology Manipulation (Samurai can manipulate and create technology using their body), Gravity Manipulation (Samurai control gravity around them passively and also to do things like regen), Statistics Amplification (With their holder armour and giant holder armour samurai increase their power and durability to the point that they can onehsot their peers though Hachimaru cant use his yet), Flight (With Hayataro, and possibly alone), Regeneration (High-Mid), Immortality (Types 1, 3, 7 and 8 dependent on the God Acala and their courage to continue fighting), Self-Sustenance (Type 1), Mind Reading (Samurai are capable of searching people's memories), Weather Manipulation (Created a tornado by manipulating the atmosphere to attack the opponent), Durability Negation (With samurai soul sword which cuts at the subatomic level)

Attack Potency: At least Small Building level (Sliced an iron cannon ball in half and easily cut a futuristic tank made of extremely durable materials), higher with Princess Ann (Ann can multiply his stats in 8 times), can negate durability with Samurai Soul sword | Planet level, possibly Large Planet level (With white sword he could match Ata in combat)

Intelligence: Hachimaru is a Professional Gamer. Thanks to his experience with gaming, He has developed an exceptional talent for quickly analyzing and anticipating the moves of his opponents. These instincts allow him to conquer stronger and more experienced Samurai despite his lack of real-life fighting experience

Weaknesses: A samurai dies if he loses his courage. Regenerating an entire body can take potentially hours, but regeneration speed varies among Samurai and less damaging injuries can be healed much quicker.