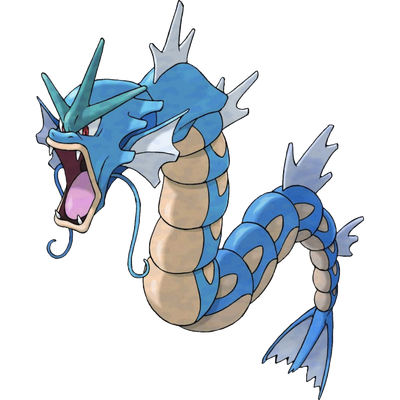 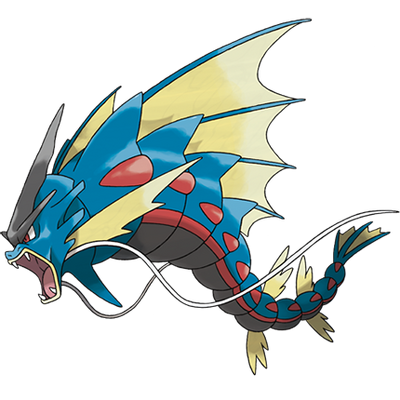 Gyarados is a Water/Flying Pokémon introduced in Generation I. It is the evolved form of Magikarp. Extremely vicious, enormously destructive, ferociously violent, and horribly brutal, it has a very aggressive nature. Although rarely seen in the wild, once it appears it goes on a rampage. When this happens it doesn't calm until it has burned everything down and razed the fields and mountains around it. Not even harsh storms are able to stop its rage, and there are records of this Pokémon's rampages lasting a whole month. A single Gyarados has enough destructive power to totally annihilate even a major city. Gyarados is attracted to violence, and tends to appear when there is a world conflict or war. When humans begin to fight, it will appear and burn everything to the ground with intensely hot flames. During past wars Gyarados would appear and leave blazing ruins in its wake, and in ancient literature there is a record of a Gyarados that razed a village when violence flared. When Magikarp evolves into Gyarados, its brain cells undergo a structural transformation. It is said that this transformation is to blame for this Pokémon's wildly violent nature.

Attack Potency: At least Mountain level+ (Comparable to Pokémon like Charizard. Is feared as one of the strongest, most ferocious Pokémon out there) | Large Mountain level (Stronger than Pure/Huge Power Pokémon and Marowak holding a Thick Club, should be comparable to other mega evolved Pokémon such as Mega Charizard)

Stamina: Very high (Stated to be capable of rampaging for an entire month without stopping)

Range: Extended melee range by virtue of size, tens of kilometers with most attacks

Intelligence: Below Average (Gyarados are usually depicted as berserkers blinded by rage) 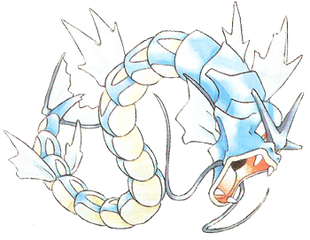 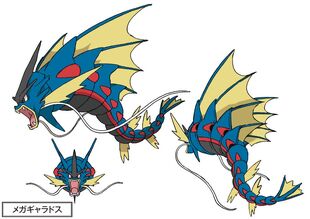 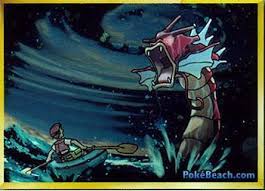 Shining Gyarados
Add a photo to this gallery

Monkey D. Luffy (One Piece) Luffy's profile (Both started in base but could transform)