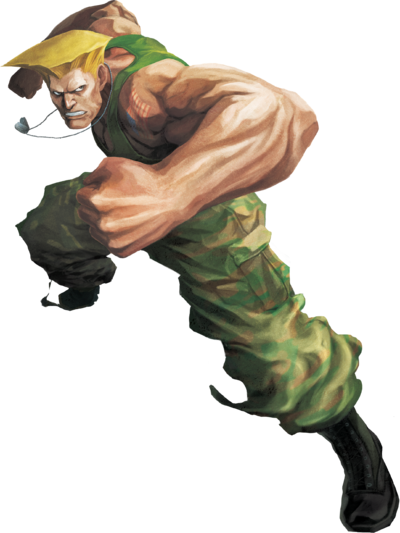 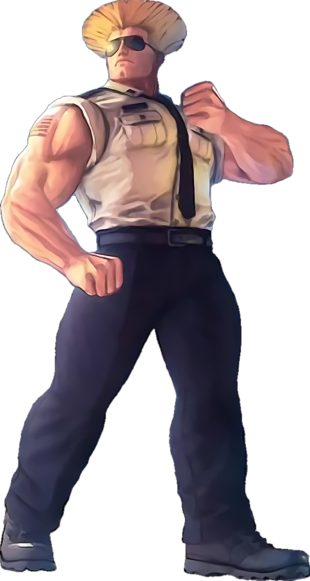 Guile is a tough man, both physically and mentally, who takes pride in family and is a loving husband and father to his own family. A stoic man at heart, Guile's calm and emotionless exterior actually hides the rage within him after Charlie's death. Although loyal to the military and the United States, Guile is extremely persistent. He is so driven to find out who betrayed him in the jungles of Thailand, and to try and get at M. Bison, that he would even put that over his duties with both his family and the Air Force.

Speed: At least Supersonic+ (His attacks can break the sound barrier, and keep up with other characters on his level)

Intelligence: Above Average (Very skilled combatant and tactician. He is a major in the United States Air Force [U.S.A.F] and the Air Force Fighting Champion)