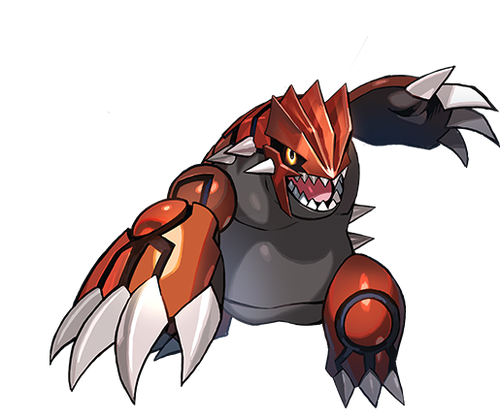 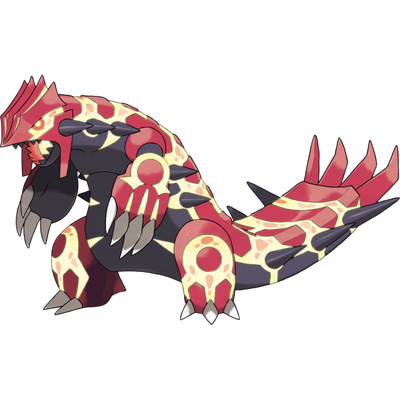 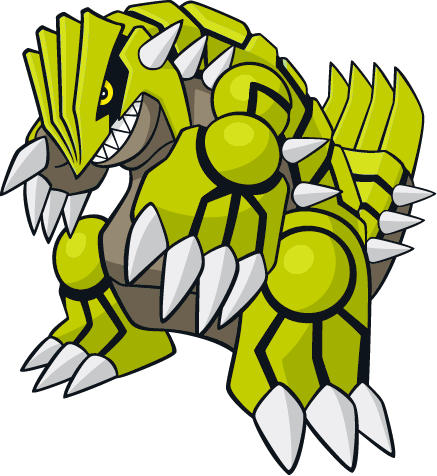 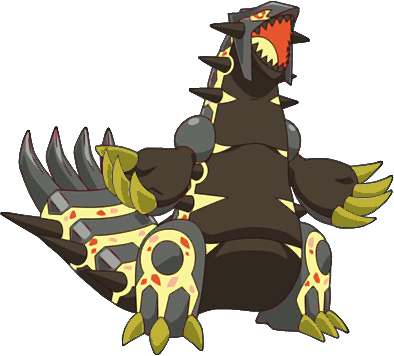 Attack Potency: Multi-Continent level (Stated in the legend to have raised continents and fought Regirock, Registeel and Regice in the manga) | Planet level (Fought Primal Kyogre)

Striking Strength: Multi-Continent Class (In its fight against Kyogre, they destroyed and created continents) | Planet Class

Stamina: Very high (Was able to fight against its rival, Kyogre, for days)

Intelligence: High, as it was able to survive throughout its fight against Kyogre for days, and find certain places to hide itself from most to find it, and use its own attacks to their fullest effect

Created an artificial sun that released a beam. 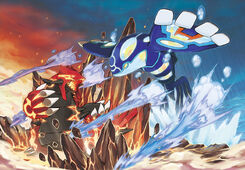 Diablo (Primal Rage) Diablo's Profile (Both characters were High 6-A, and speed was equalized)

Kyogre (Pokémon) Kyogre's Profile (Both were in their Primal forms)

Cagnazzo (Final Fantasy) Cagnazzo's Profile (Both characters were in their High 6-A forms, and speed was equalized)