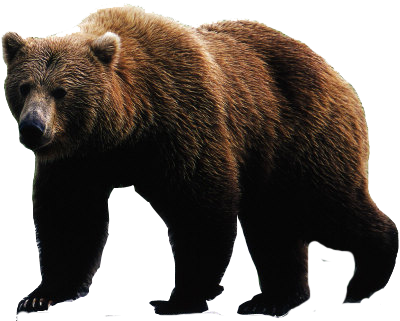 The Grizzly Bear is a subspecies of the Brown Bear found mostly in North America. It is noted for being one of the largest subspecies of bears.

Attack Potency: Wall level (Charging at full speed would yield around this level of energy. Bears have been known to be able to smash through wood with their claws. Can easily harm other bears and maul humans. Can fight and overpower cows), higher via piercing damage (A bear's bite force is around 1200 psi, their bite is powerful enough to crush a human skull)

Lifting Strength: At least Class 1 (They can take down bull moose, which can weigh upwards of 700 kg, and even drag their carcasses)

Durability: Wall level (Can easily survive fights with other bears, including full head-on charges, can withstand multiple bullet wounds. A smaller brown bear subspecies can survive a car crashing into them and get up straight after)

Stamina: High, they are known to fight for many minutes at a time.

Standard Equipment: Its claws and teeth.

Weaknesses: Can sometimes be timid.

Bengal Tiger (The Real World) Tiger's profile (This is Bengal Tiger vs Grizzly Bear, both are adult males in their prime, otherwise SBA were used)