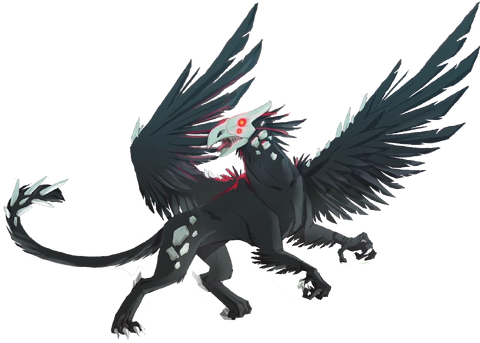 Griffons are a species of Grimm with both feline and avian traits. They appeared en masse just prior to the Fall of Beacon, having responded to the distress created by the machinations of Cinder Fall.

Powers and Abilities: Superhuman Physical Characteristics, Immortality (Type 1), Reactive Evolution (Can evolve over time to be able to counter threats), Flight, Immunity to Soul Manipulation (All Grimm lack a soul), Extrasensory Perception (Can detect and respond to negative emotions such as fear, anger, or enmity)

Weaknesses: All Grimm are weak to powers associated with the Older Brother God, such as the Silver Eyes.