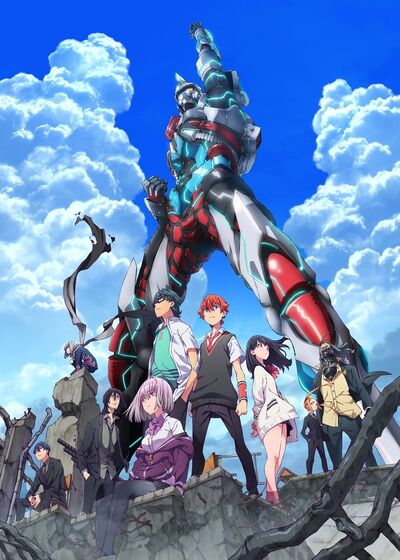 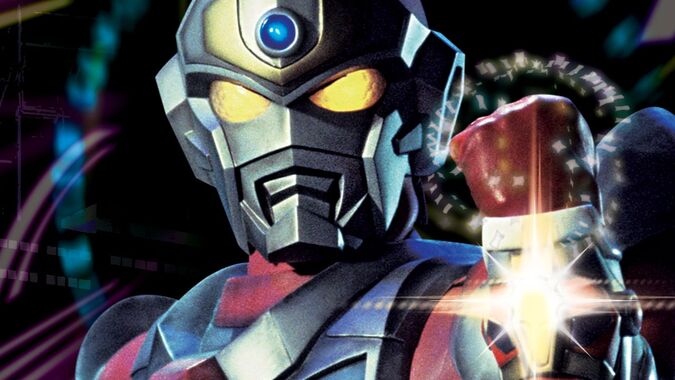 SSSS Gridman (stylized as SSSS.GRIDMAN) is a Japanese anime television adaptation of the 1993–1994 tokusatsu series Denkou Choujin Gridman. The production is a collaboration between Tsuburaya Productions, the production company behind Gridman and the Ultra Series, and Studio Trigger. The two production companies previously collaborated on the Denkou Choujin Gridman: boys invent great hero short original net animation for the Japan Animator Expo. The "SSSS" in the title stands for "Special Signature to Save a Soul" as revealed in the final episode. It is also a reference to Superhuman Samurai Syber-Squad, a US adaptation of Gridman the Hyper Agent. The series premiered on October 7 and ended on December 23, 2018. Another animation project was announced at Tsuburaya Production's own convention, Tsubucon, which was revealed to be SSSS Dynazenon (stylized as SSSS.DYNAZENON). More information would be announced at a later date, in addition to new production staffs joining the animation team.

GridmanVerse is considered a powerful one, characters like Gridman have City-Block level attack potency physically. As the series continues Gridman and his enemies reach Multi-Continent level with Supersonic Attack/Reaction Speed with Sub-Relativistic Attack Speed 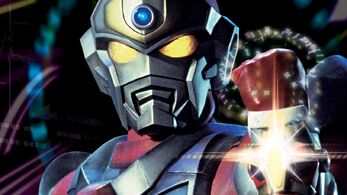 Gridman (Original)
Add a photo to this gallery 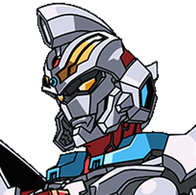 Gridman (Anime)
Add a photo to this gallery 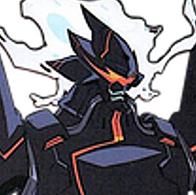 Alexis Kerib
Add a photo to this gallery 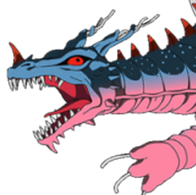 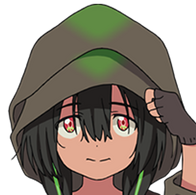 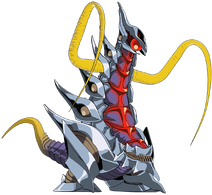 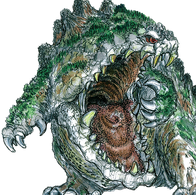 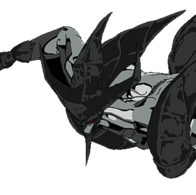 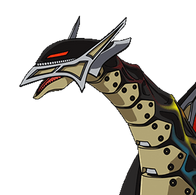 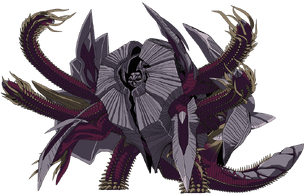 Zegga
Add a photo to this gallery 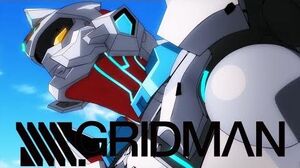 Retrieved from "https://vsbattles.fandom.com/wiki/Gridman_(Universe)?oldid=7007401"
Community content is available under CC-BY-SA unless otherwise noted.