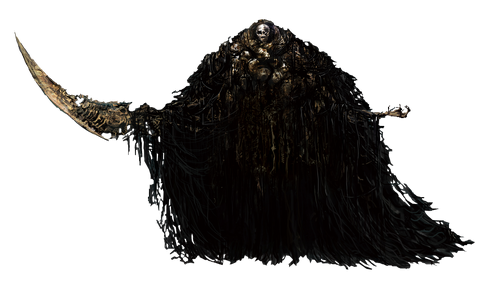 Gravelord Nito is a boss character from Dark Souls. He is one of the original Lords from the Age of Ancients who obtained a Lord Soul and assisted Lord Gwyn in defeating the Everlasting Dragons. He is also the leader of the Gravelord Servant covenant.

Speed: Massively Hypersonic+ (Can keep up with the Chosen Undead)

Stamina: Extremely high (Fueled by his Lord Soul, he is virtually tireless)

Intelligence: Likely high. He aided Gwyn in his fight against the Everlasting Dragons and controls an army of skeletons.