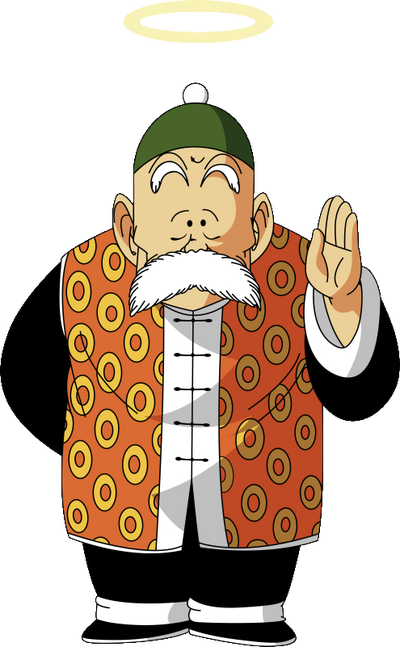 Grandpa Gohan is the elderly gentleman who found and raised the Saiyan Son Goku when he landed on Earth. A former disciple of Master Roshi, he taught Goku everything he knew. He died when Goku accidentally turned into an Oozaru and crushed him underneath his foot. He was brought back for a short time to spar against Goku in Fortuneteller Baba's tournament. Goku's son, Son Gohan, was named in honor of him.

Speed: Hypersonic+ (Equal to or greater than Goku, who was above Tao Pai Pai)

Intelligence: Should be rather high due to his age and experiences in the afterlife. As well as being a master at combat.

Weaknesses: Can only stay on earth for a day (unless he's working for Annin)