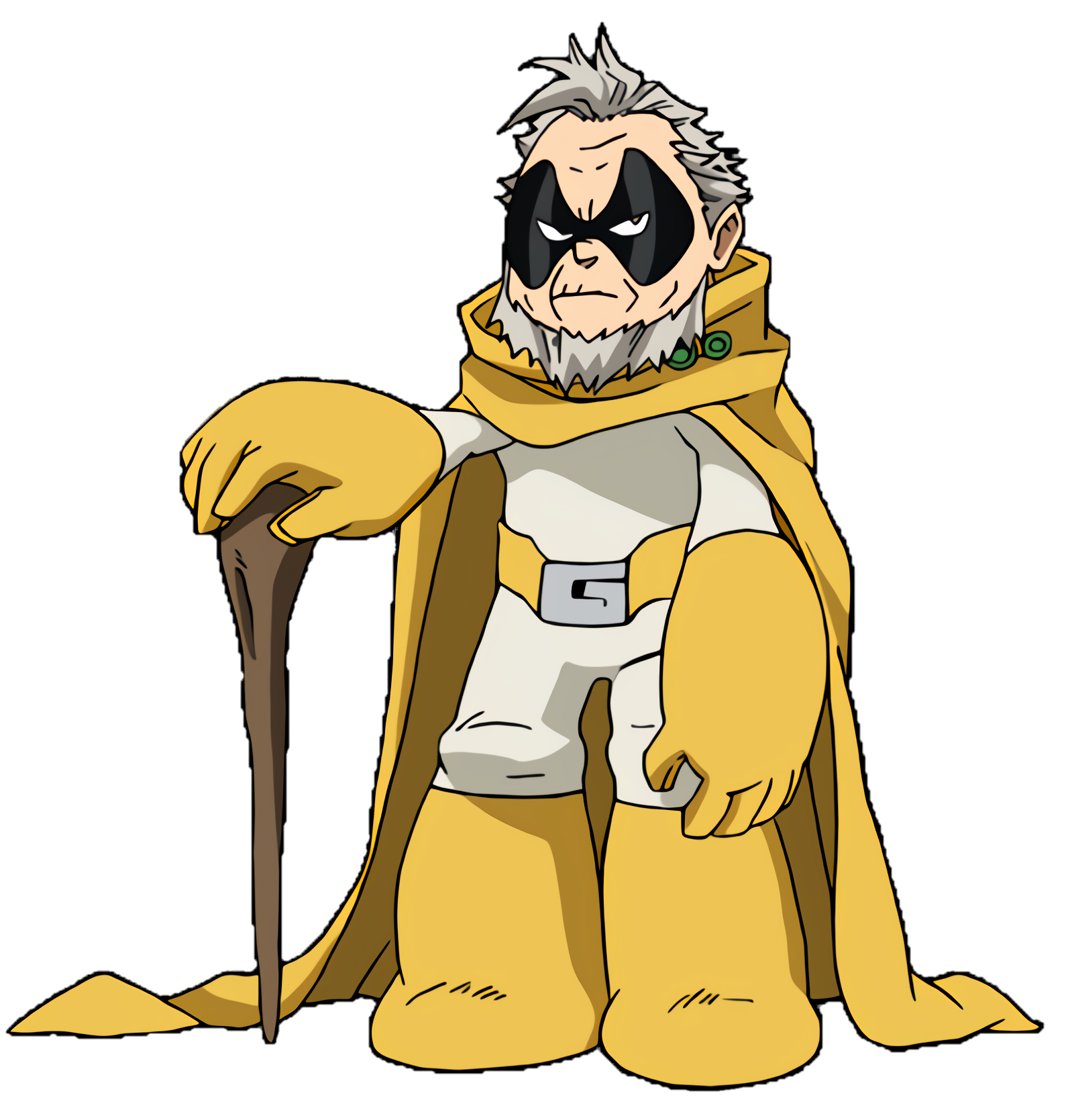 Attack Potency: Large Building level (Easily defeated a Noumu by himself, whereas it took many Pro Heroes just to defeat one of them. Casually knocked out several members of the League of Villains in one hit, including Magne)

Speed: Hypersonic (Casually blitzed Deku during their sparring session. Is one of the fastest Pro Heroes. Can blitz several members of the League of Villains, like Magne, Spinner, and Twice)

Durability: Large Building level (Can withstand the force of his own strikes. Took a restrained punch from All Might)

Stamina: Very high (Was able to keep fighting even after receiving a blow from All Might)

Intelligence: Above Average. Managed to teach both All Might and Deku how to use One For All despite never possessing the Quirk himself.

Weaknesses: Gran Torino can only use the air that he breathes to propel himself, and since he's gotten older, there are certain heights that are out of his range | None notable

Jet: Gran Torino's Quirk allows him to shoot air from the propulsion boosters at the bottom of his feet, giving him an incredible agility and speed.