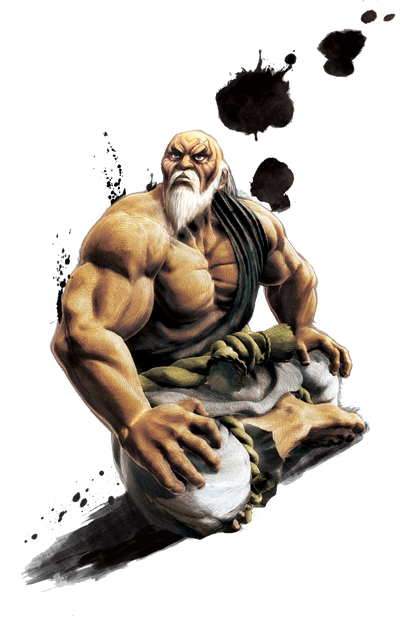 Tier: At least 7-B, likely higher

Classification: Human with The Power of Nothingness

Powers and Abilities: Superhuman Physical Characteristics, Can use chi/ki to attack and boost his stats (The Power of Nothingness), Expert martial artist, Electricity Manipulation(via Denji Hadoken), Resistance to Soul Manipulation via The Power Of Nothingness (He was unaffected by Akuma's Shun Goku Satsu).

Speed: Massively Hypersonic+ (He fought and dodged attacks from Akuma)

Weaknesses: Though Gouken is genuinely powerful, he tends to be a passive fighter.