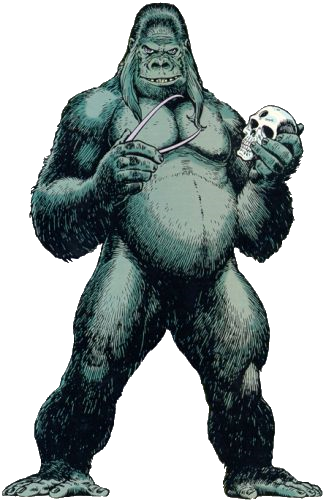 Gorila Grodd is a telepathic gorilla and an enemy of the Flash. He was originally a normal ape who lived in an African city known as Gorilla City, until a radioactive meteor struck near his home and turned him into a genius with telekinetic powers.

Attack Potency: At least Building level (Collapsed a building in a fit of rage and rammed Flash through multiple concrete walls), Can bypass durability via Telepathy

Speed: Massively FTL+ combat speed (Has consistently been able to tag the Flash)