This verse centers around Gon - a small dinosaur - and his adventures in the wild. The verse is mostly a gag series so its plot isn't very serious.

Despite its looks, the Gon-verse is a powerful verse. It has plenty of gags that lead to planet busts, sub-relativistic speed and planetary durability. 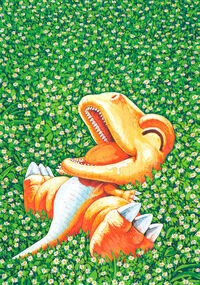