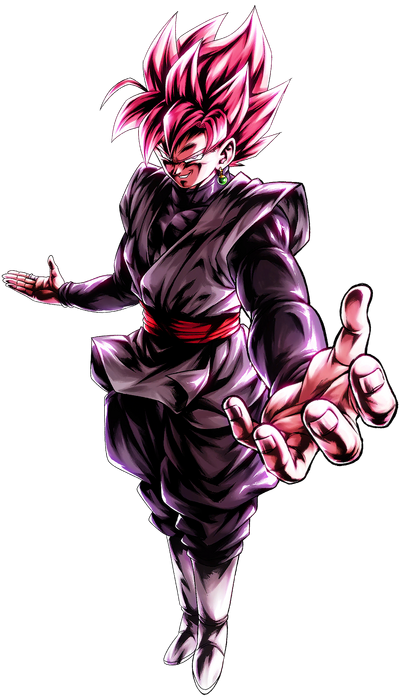 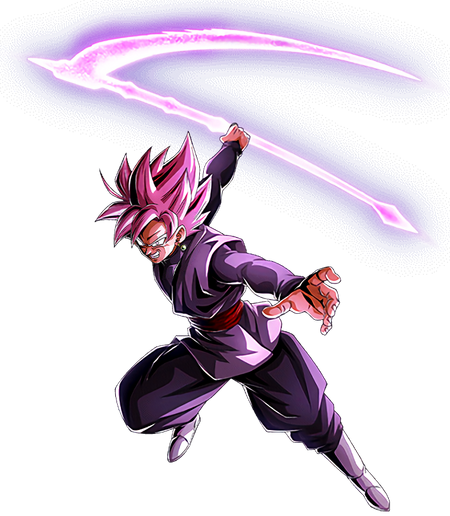 Zamasu was once the Supreme Kai apprentice under Gowasu of Universe 10, who developed a loathing for mortals as he witnessed their actions across the universe, leading him to embark on a crusade against mortals after stealing the body of Son Goku using the Super Dragon Balls, gaining the title of Goku Black, or, as he is more commonly referred, simply Black.

Powers and Abilities: Master Martial Artist, Acrobatics, Superhuman Physical Characteristics, Longevity, Flight, Spaceflight, Self-Sustenance (Type 1), Ki Manipulation (Can be used defensively and offensively, to strengthen his skin or to fire ki blasts, which can home in on targets, and form defensive barriers), Ki Sensing (Can locate others by reading their ki, detect malicious intent, difference in power levels, and beings in different dimensions), Enhanced Senses (Like Shin, he is able to see far distances across the universe), Shockwaves Generation, Telepathy, Telekinesis, Teleportation, Dimensional Travel, BFR, Magic, Creation, Can possibly create dimensional rifts and destroy space-time and pocket dimensions with his energy via powerscaling, Fusionism (Via Potara Earrings), Time Travel and Acausality with Time Ring (Type 1; immune to changes to the past, allowing him to survive Beerus erasing present Zamasu from existence), Resistance to Extreme Cold and Cosmic Radiations | All previous abilities, Accelerated Development (Training; Physical Stats, Abilities), Can create weapons or form Defensive Barriers that render Absorption ineffective, Weapon Mastery (He has showed mastery over weapons that he created), Explosion Manipulation, Enhanced Senses (Saiyans have exceptional senses, allowing Black locate small, distant objects by tracking their smell, see clearly over long distances, and track the movements of others even in pitch black conditions by feeling vibrations in the air), Reactive Power Level (As a Saiyan, Black grows stronger every time he fights and can become stronger in the midst of combat, vastly increasing in strength whenever he is mortally injured; being injured at all actually makes Black stronger), Portal Creation (Using his scythe, he can cut through space-time to create rifts that can summon clones of himself with Mid-High Regeneration), Rage Power, Transformation (Can potentially transform into a Super Saiyan and even a Super Saiyan God, increasing his capabilities drastically), Energy / Ki Absorption, Regeneration (Mid-Low) and Resistance to Extrasensory Perception (Cannot be sensed by beings lesser than a God) as a Super Saiyan Rosé, His body adapted to gravity via the Gravity Machine, Likely Light Manipulation, Afterimage Creation, Statistics Amplification, Analytical Prediction, Possibly Sound Manipulation and Pressure Point Strikes, Resistance to Paralysis and Time Stop (Black claimed to possess all of Goku's abilities) and Poison Manipulation (Due to having Goku's body he should be able to drink the Water of the Gods)

Intelligence: Even before he stole Goku's body, the Kai known as Zamasu was an abnormally skilled and powerful fighting prodigy who could put up a fight against Goku. After stealing his body and beginning his crusade against mortals, Zamasu, now known as Black, rapidly began to grow in skill. After a single fight with Goku, he was able to accurately replicate his style, and he is able to quickly adapt to new circumstances in combat, learning to even make use of the explosive power some Saiyans gained from their rage.

Ki: The fighting power and life force of a martial artist, a tangible energy derived from the user's vigor, courage, and mind. It can be used in a number of ways, such as to surpass the limits of one's body to greatly increase in strength, and it can be fired as blasts of energy or used to create defensive barriers. A fighting prodigy, Black was once the strongest Kai to ever live, a race that already possessed immense power, and his power only grew once he stole Goku's body and gained access to his Saiyan physiology, turning him into an extremely dangerous opponent. Due to his divine nature, he has godly ki and cannot be sensed by mortal beings as a result.

Magic: As a Kai, Zamasu - and thus Goku Black - should have some knowledge of magic.

Saiyan Physiology: The physiology of a Saiyan, an aggressive warrior race of conquerors. Saiyans have the natural ability to control ki and to fly. In addition, while his lifespan is comparable to that of a human, Black will remain at his peak strength for much longer. One of the most powerful abilities of a Saiyan is their ability to grow stronger and stronger through combat, allowing Black to constantly push his own limits during a fight and rise to higher and higher peaks in power - for Black, this ability is especially potent, allowing him to rapidly and constantly improve over the course of a fight, as he takes injuries. This ability grants a substantial boost in power when Black is badly injured, allowing him to reach a whole new level of power once he recovers.