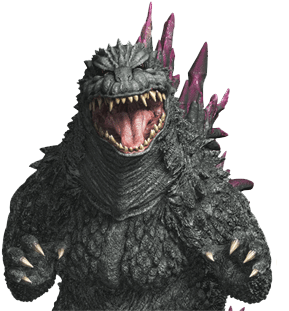 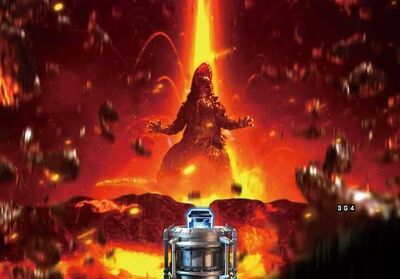 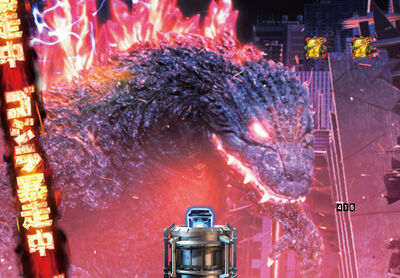 "Due to mankind's reckless advancements at the expense of the environment, terrifying creatures known as Earth Monsters have begun appearing from underground and wreaking havoc. To make matters worse, Godzilla, a creature from ancient legends, emerges seemingly in response to the Earth Monsters. Unable to fight Godzilla and the Earth Monsters in its current state, the human race forms the Earth Defense Force and constructs powerful anti-monster weaponry to finally fight back. The EDF creates Mechagodzilla, a mecha built around the skeleton of another member of Godzilla's species, and uses it to attack him. This enrages Godzilla, who declares war on humanity and achieves a powerful new form called Ultimate Mode. Meanwhile, a hostile alien race known as the Xiliens intends to conquer the Earth but views Godzilla as an obstruction to their plans. In response, the Xiliens send their army of Space Monsters to Earth to eliminate him. With only Mechagodzilla and the benevolent goddess Mothra on its side, humanity watches as Godzilla, the Earth Monsters, and the Space Monsters battle for domination of the Earth.

Tier: 5-A, higher with Transformations, power-ups and Rage Power

Age: At least Thousand of years.

Superhuman Physical Characteristics, Skilled in Hand to Hand Combat, Large Size (Type 2), Enhanced Senses, Self-Sustenance (Types 1 and 2; Can survive in the vacuum of space, pressure of the bottom of the ocean and without food for long periods of time), Immortality (Types 1 & 3), Regeneration (Low-Mid), Skilled in stealth, Breath Attack, Energy Projection, Manipulation, and Absorption, Radiation Manipulation, Aura, Healing (Self recovery at regular intervals).

Rage Power (The more angry Godzilla is the more increases his speed and strength),

Attack Potency: At least Large Planet level (Stopped, pushed back and destroyed a more massive meteorite than Mercury with a charged Hyper Spiral Heat Ray), higher with Transformations and Power-Ups (It is said Ultimate Mode will increase Godzilla's power x59).

Speed: Relativistic Reactions and Attack Speed (His attacks can move this fast. Had a clash of beams with King Ghidorah, Destroyah and Keizer Ghidorah in a melee range).

Striking Strength: At least Large Planet Class (His physical attacks can hurt monsters invulnerable to his Atomic Breath), higher with transformations and power-ups.

Durability: At least Large Planet level (Can tank blows from kaiju equal and/or stronger than him), higher with Transformations, Power-Ups.

Range: Planetary (His Atomic Breath traveled around large portions of territory into space.)