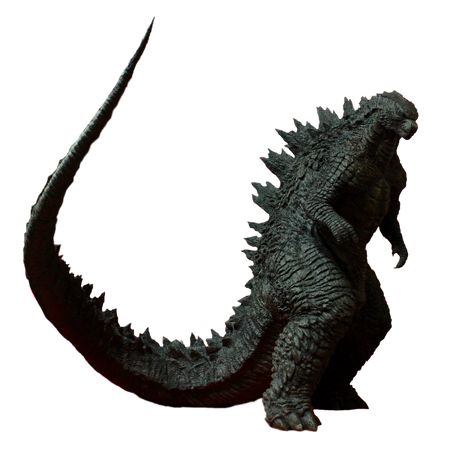 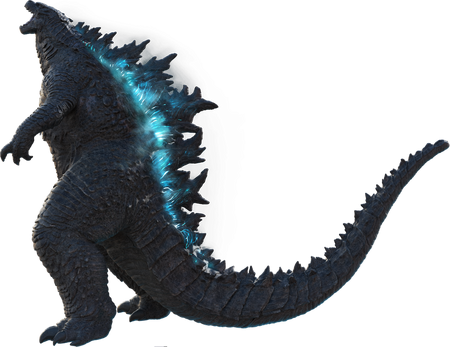 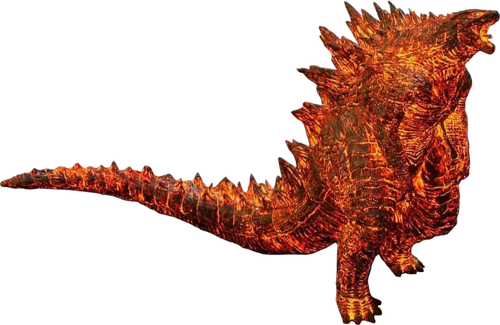 Godzilla is an ancient alpha-predator that thrived during the Permian Period when radiation levels on the Earth's surface were much higher. After the Permian extinction, radiation levels declined and Godzilla retreated into the depths of the sea to live closer to Earth's core to subsist on the planet's natural geothermal radiation. Here he remained dormant for hundreds of millions of years, only surfacing on a few rare occasions in early human history and subsequently inspiring the mythologies of several cultures. Godzilla was awakened in 1954 by American and Soviet nuclear submarines reaching into the lower depths of the South Pacific Ocean, with his attacks on them leading each nation to suspect the other of being responsible for their destruction. When Godzilla's existence finally became known, the American military attempted to kill him under the pretext of testing nuclear weapons, however, these attempts failed and Godzilla once again vanished into the ocean for another 60 years.

In 2014, Godzilla detected the mating calls of the M.U.T.O.s, parasitic kaiju that existed during the Permian Period, and followed them. After engaging the creatures in Honolulu and San Francisco, Godzilla, with some assistance from the US military, finally succeeded in defeating them and again returned to the ocean's depths.

After subsequently slaying the MUTOs' mother, MUTO Prime, Godzilla vanished into the depths of the ocean for five years, though Monarch kept tabs on him. When a group of eco-terrorists awakened his ancient nemesis King Ghidorah from his icy tomb in Antarctica, Godzilla confronted the newly-awakened three-headed Titan. King Ghidorah escaped their first battle, but Godzilla tracked him down to the waters off of Mexico and nearly defeated him in an underwater clash before being interrupted by the military's Oxygen Destroyer. Godzilla retreated to his underwater lair to heal, but his rejuvenation was accelerated by the sacrifice of Dr. Ishiro Serizawa, who set off a thermonuclear warhead in his vicinity. Godzilla made his way to Boston for a final battle with Ghidorah, and with the intervention of Mothra was finally able to triumph. The surviving Titans who had been following Ghidorah congregated around Godzilla and submitted to him, accepting him as the King of the Monsters.

This incarnation of Godzilla is set to return and battle King Kong in the fourth entry of the MonsterVerse, Godzilla vs. Kong.

Tier: 6-B, higher with energy absorption | At least 6-B, likely far higher

Age: Over 252 million years old (Was alive before the Permian-Triassic extinction event)

Same as before, plus Aura generation and Heat Manipulation (his mere presence melted the buildings surrounding him)

Attack Potency: Country level (Overpowered the MUTOs and Shinomura, can fight on par with MUTO Prime), higher with Energy Absorption (after he was revived with a nuclear weapon, he was able to dominate Ghidorah in combat and Ghidorah himself had to absorb a massive amount of energy to defeat him) | At least Country level, likely far higher (after he reached critical mass and absorbed Mothra's life force, he emitted an omnidirectional nuclear pulse that obliterated Ghidorah)

Lifting Strength: At least Class M, possibly higher (Much stronger physically than the M.U.T.O.'s and casually tossed, carried and shoved them around like rag dolls)

Intelligence: At least High Animalistic. He seems to mostly rely on instincts but demonstrated learning and strategy during his battle with the MUTOs.

Weaknesses: Godzilla's gills are somewhat softer and more vulnerable to harm than the rest of his body as he was shown to recoil in pain when they were targeted by missiles. 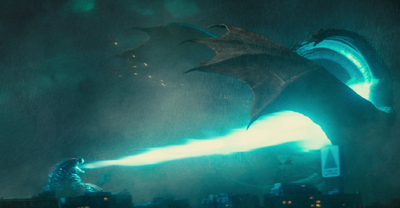 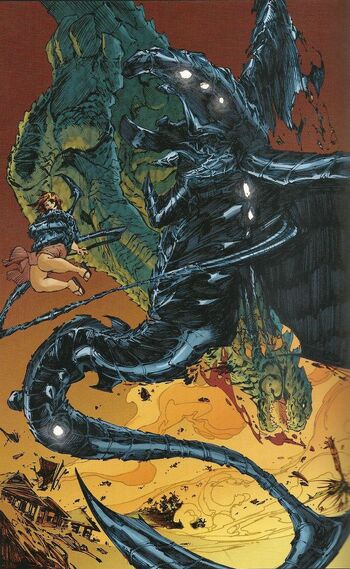 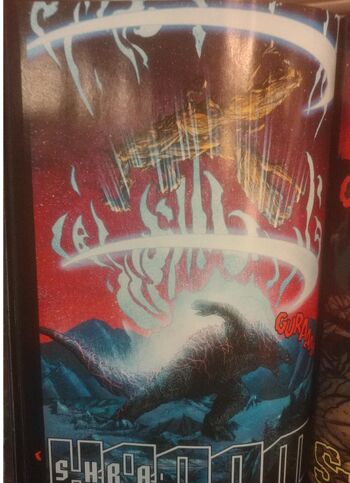