God of War is an action-adventure, Hack n' Slash Video Game Series loosely based on Greek mythology, created by David Jaffe and developed by Santa Monica Studios. Known for its Genre-defining, Spectacle-heavy Combat Gameplay, grand, detailed scenery and set pieces, epic Boss Fights and a huge amount of intense violence, God of War has been one of the most popular Playstation Series since its beginning.

The series' story centers around its playable character, Kratos, a brutal and tormented Spartan warrior, tricked and tortured by the Olympian God Ares, who was forced to serve as a Champion for the Gods, fighting wars and slaying beasts in their names, while trying to escape the horrors of his past. Ultimately, Kratos turns against Ares, and later against all the Gods, and sets in a path of bloody vengeance against them.

The series contains the following games:

God of War is one of the most powerful interpretations of the Greek Gods in fiction. Although at first the verse might seem like a country or continental-scale verse at most, the feats hidden in the series' lore put the Top and God-Tiers far above the Earthly range.

Even while being the mere General of Sparta without any boosts or without his demigod powers, Kratos is capable of facing off against Large Building level sized creatures and slaying them in combat, as well as easily disposing of the random fodder in the verse who have Small Building level feats. As a Demigod, he scales to some Large Town level, Small City level and City level feats.

The series contains a series of Primordial Deities, who created the universe itself as a result of their war, and the God-Tier Olympians and Titans have not only defeated some of the surviving Primordial deities, but also have performed Universal feats, such as Atlas, who holds up the Cosmos above his shoulders, the universe-holding World Pillar, among other feats that put the God Tiers anywhere from 3-A to Low 2-C, with them also receiving possible powerscaling to 2-C because of the feats in the Norse Portion.

The verse gets a boost in attack potency and durability with the introduction of the Norse Pantheon of the series. With the size of the Nine Realms, feats such as Thor and the World Serpent shaking all nine realms during their feat, Surtr creating all the stars and destroying all nine realms in Ragnarok, the second fight between Thor and the Serpent splintering a construct that transcends time and space throughout the realms, and Ymir's feats of flooding all of creation as well as creating the nine realms, solidly land the verse on the Low Multiverse level range, with those feats scaling to Kratos, who has become somewhat weaker than he was in his prime. The verse also gains another high level speed feat, due to the Nine Realms each being separate realities the size of our universe, with the Valkyries being capable of physically traveling through them almost instantaneously to collect the souls of the dead.

Additionally, the Norse Mythology portion of the franchise contains the most powerful entity/object to date, that being the World Tree Yggdrasil, which ranges from 2-B to Low 1-C and has very broken abilities and "hax", to boot.

Supporters and opponents of the Verse 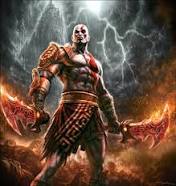 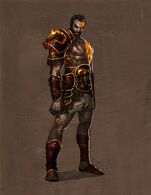 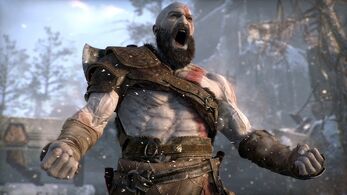 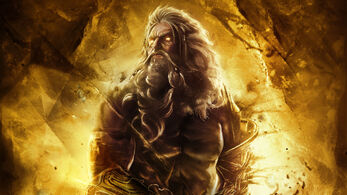 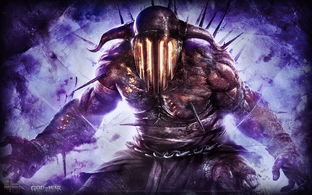 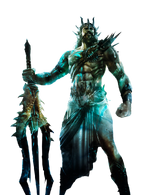 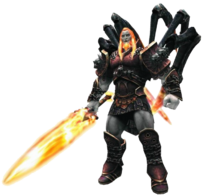 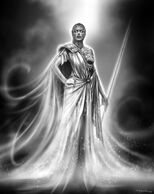 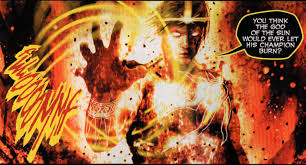 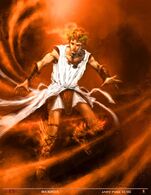 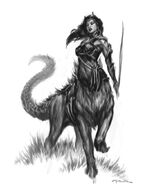 Artemis
Add a photo to this gallery
Titans:

Perses
Add a photo to this gallery 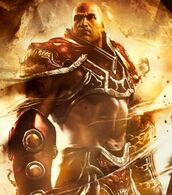 The Redeemed Warrior
Add a photo to this gallery

Atropos
Add a photo to this gallery 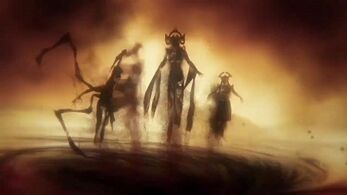 The Furies
Add a photo to this gallery
Other Gods & Beings: 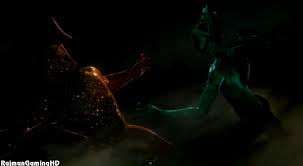 The Primordials
Add a photo to this gallery 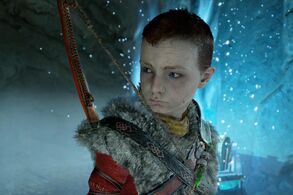 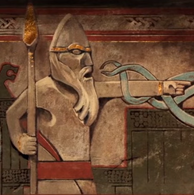 Odin
Add a photo to this gallery 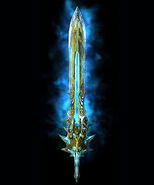 Blade of Olympus
Add a photo to this gallery