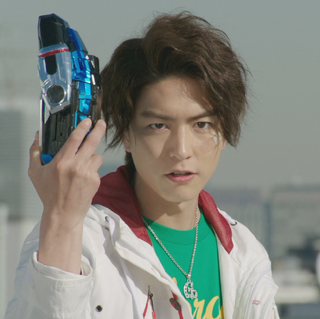 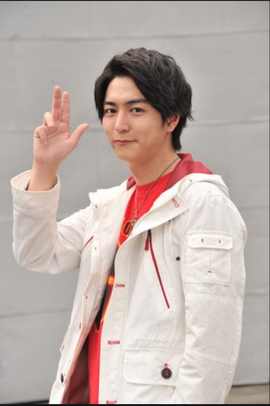 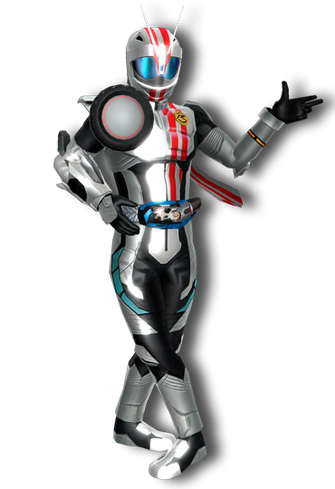 Go Shijima (詩島 剛 Shijima Gō) is Kiriko Shijima's younger brother, the son of the Roidmudes' creator Professor Banno, and a freelance photographer who utilizes Signal Bikes to transform into Kamen Rider Mach (仮面ライダーマッハ Kamen Raidā Mahha), as well as Kamen Rider Drive's Shift Cars for additional power. He had been stationed in America, but returned to Japan to aid with the emerging Roidmude crisis. Go is prejudiced towards the Roidmudes and goes to great lengths to destroy all Roidmudes, even the ones that protect humanity and the ones that desire to live in peace.

All former powers from his base, Super Speed, Statistics Amplification with Dead Zone (Can boost more combat capabilities), Fire Manipulation (via Kourin Signal Moerl), Enhanced Drillmanship (via Kourin Signal Arabull), Berserk Mode (When DH Kourin maxes out, this form goes to Berserk Mode which significantly boosts his stats, and Go can use this mode without being uncontrollable), Heat Manipulation (Can generate heat from himself after finish the transformation)

Super Deadheat Mach
Add a photo to this gallery

Retrieved from "https://vsbattles.fandom.com/wiki/Go_Shijima?oldid=6105786"
Community content is available under CC-BY-SA unless otherwise noted.